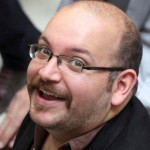 Iran sentenced The Washington Post’s Jason Rezaian to prison on Sunday on charges including espionage. The term is unspecified and Rezaian’s lawyer said she hadn’t even been informed of the sentence or its details. The Post has denied any charges associated with Rezaian in the past. Iranian state TV made the announcement and frequently refers to him as an “American spy.”

“We’re aware of the reports in the Iranian media, but have no further information at this time,” The Washington Post said in a statement posted to their website. Every day that Jason is in prison is an injustice. He has done nothing wrong. Even after keeping Jason in prison 487 days so far, Iran has produced no evidence of wrongdoing. His trial and sentence are a sham, and he should be released immediately.” Read more at the Los Angeles Times.