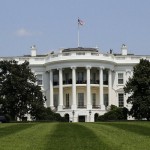 The U.S. Secret Service is having preliminary discussions about setting up security screening checkpoints near public areas around the White House, a law enforcement official told The Associated Press.

The discussions follow an incident Friday in which a man carrying a knife jumped over the gate around the White House, making it to a building entrance.

The official insisted on anonymity because the official was not authorized to discuss internal deliberations by name.

The Secret Service tightened security outside the White House after the embarrassing breach, in which Omar J. Gonzalez, 42, of Texas, climbed the fence, ran across the lawn and entered the building before agents stopped him.

Fence jumpers aren’t out of the ordinary at the White House, but getting in the building is unprecedented. An investigation will probe why agents didn’t use the tools at their disposal, including guard dogs, specifically trained to stop intruders.

The first family was away from the White House at the time, but has since returned.