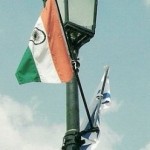 Israeli and Indian security officials are concerned that al-Qaeda terrorists may try to hit Israeli tourists in the subcontinent during the upcoming Jewish Rosh Hashanah and Succot holidays, Israel’s NRG News reported Monday.

Last Wednesday, Al-Qaeda leader Ayman al-Zawahiri said in a video that the terror group was expanding their operations in India, Myanmar, and Bangladesh.

“We are taking the matter very seriously. Such threats can’t be ignored,” an Indian intelligence source told AFP.

“We have asked the states to be on alert, (especially) Gujarat, Madhya Pradesh, Uttar Pradesh and Bihar.”

Israel’s Counter-Terrorism Bureau, however, has said that, while both countries’ security apparatuses are in heightened alert, there was no specific threat to visitors, so far.

Local reports said potential targets could include groups of Israeli travelers at airports and Israeli ships docked at seaports.

According to one source, India’s Home Ministry’s Internal Security is recommending that “extra care was required at a time when groups of Israelis disembark from cruise ships, buses, etc. or take a tour of various sites…”

In May, Malaysian authorities apprehended a Sri Lankan national who allegedly helped plot a terror attack on Israeli and American consular offices in southern India.

In a three-day rampage in Mumbai in November, 2008, Pakistani Islamic terrorists killed 164 people and wounded over 300.

Two of the attackers took over the Chabad Nariman House Jewish center, tortured and killed Rabbi Gavriel Holtzberg and his wife Rivka, who was six months pregnant, and took the lives of four other hostages. The couple’s son, then 2-year-old Moshe, was saved by his Indian nanny.

The attackers “would be told by their handlers in Pakistan that the lives of Jews were worth 50 times those of non-Jews,” according to radio traffic between the terrorists Indian Intelligence said.

The five-storey center reopened last Tuesday, in a gathering attended by 25 rabbis from Jewish communities throughout India and Asia.

“The police should be more alert now. People who lost their family members in the attack endured a lot,” a resident said, according to local media.