A team of high-ranking United Airlines officials at its Newark Airport hub met on Monday with Duvi Honig, Founder and CEO of the Orthodox Jewish Chamber of Commerce, to discuss the airline’s relationship with the Jewish community, its families and business travelers.

The United officials expressed their disappointment in these events and vowed to take concrete steps to battle anti-Semitism in its ranks, improve customer service and prevent any similar incidents from occurring in the future. They thanked the Chamber for bringing the relevant issues to their attention and working to build bridges between the community and the airline, which is currently the fourth largest in the nation.

“I would like to thank United for their commitment to work with the Chamber and our community,” says Mr. Honig. “We look forward to continue working together with United and help them make the skies as friendly as they can be.” 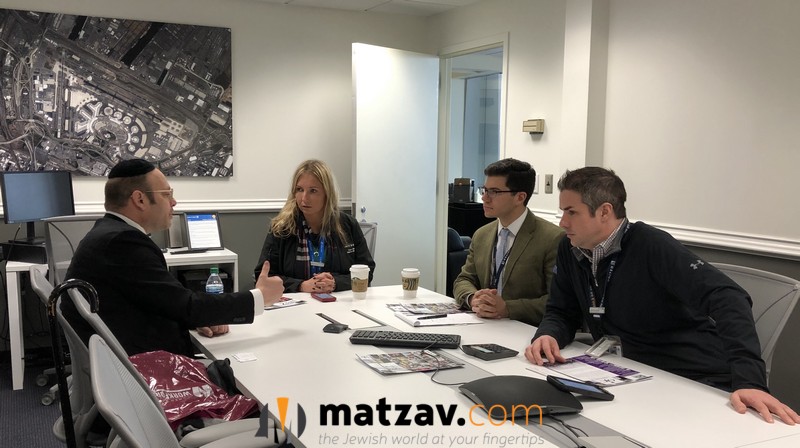