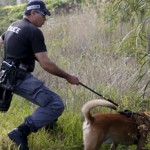 It’s been 4 days since Nishat Milhem killed 2 Israelis in the heart of Tel Aviv. However, Israeli security forces have not yet located the terrorist and have no leads regarding his location, Jerusalem Online reports.

The manhunt has expanded, with IDF soldiers joining the other Israeli security forces.

While on high alert, many security officers indicated that they are exhausted and claimed that the searches aren’t being conducted properly.

“There’s no place we haven’t searched by air or by foot. We’re dying to catch him,” said one security officer today to Channel 2 News Online. “He’s playing with us,” he added.