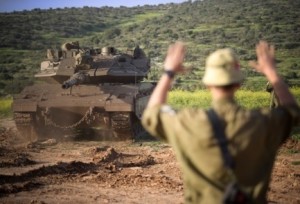 The Israel Defense Forces Southern Command held a surprise drill earlier this week to practice readiness for “extreme” scenarios such as a clash with Islamic State terrorists on the Sinai border.

The IDF noted that Tuesday’s drill was planned in advance and “designed to ensure fitness.” The drill included surprise inspections of the Southern Command by the IDF ombudsman, designed to evaluate the fitness and preparedness of the troops. Each unit was also evaluated on how well it met the challenges of different scenarios on the Sinai and Gaza Strip fronts, including rocket fire, a terrorist incursion into an Israeli community, short- and long-range fire on IDF forces, and the abduction of a soldier.

A battalion of paratroopers was scrambled from northern Israel and flown to the south in a C-130 aircraft. The Shayetet 13 naval commandos held their own exercise.

Discussing the drill, one senior officer told Israel Hayom, “The emphasis was on ongoing security, bringing incidents to a quick close, and launching forces against terrorists.”