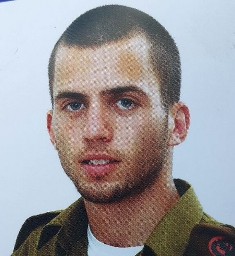 An IDF soldier is missing following the deadly battle that saw six soldiers killed Sunday in an attack on an armored personnel carrier in Gaza.

The IDF revealed that Staff Sgt. Eviyatar Turgeman, 20, from Beit She’an, was killed in an exchange of fire with terrorists this morning.

The missing soldier has been named as Sgt. Oron Shaul, 21, from the Golani Brigade. Six of his fellow comrades were killed in the incident and the assumption is that he also died in the attack.

The announcement came after the army announced that two IDF soldiers were killed in combat in the Gaza Strip on Monday afternoon.