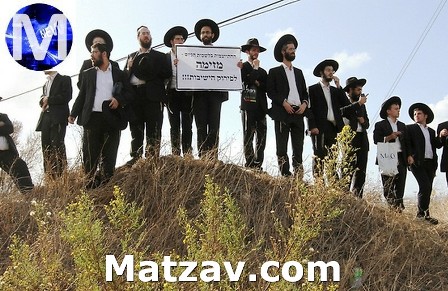 Yesterday, hundreds of bnei yeshiva demonstrated outside Prison 6 in northern Eretz Yisroel in protest of the arrest of a yeshiva bochur who did not heed an IDF enlistment order.

The 19-year-old bochur agreed to report to the military induction center for his first mobilization order but has since ignored all other summons. On Tuesday, he was sentenced to 14 days in military prison.

The protest was led by Rav Shmuel Auerbach, rosh yeshiva of Yeshiva Maalos Hatorah in Yerushalayim.

The bochur, named Moshe, is from Kiryat Malachi. He was first arrested by the IDF military police on Sunday night.

Moshe first postponed his service in 2012 before the Tal Law expired in August that year, but he failed to present himself at the IDF recruiting office when he was called for a second time at the end of 2012.

Rav Shmuel Auerbach has directed roshei yeshiva and bochurim close to him not to show up at IDF recruiting offices.