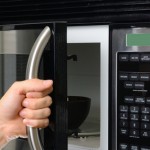 Reprinted with permission from the OU Daf Hakashrus

The Shulchan Aruch (O.C. 451:6) says that one need only kasher a utensil according to the majority of the way it is used (rov tashmisho). Therefore, a bowl which is ordinarily used through iruy, can be kashered with iruy, even though occasionally it may be used as a pot cover. However, Rema says the minhag is to require kashering even according to an occasional or even suspected use. Therefore, a bowl will require hagalah, because on occasion it might have been used as a pot top. However, if the bowl will not fit into a pot, it may be kashered by moving an אבן מלובן (heated stone) over the entire bowl while pouring on it boiling water. However, bidieved it is sufficient if it was kashered according to its main use.

Rashba (Teshuva I:372) says that the source that we follow rov tashmisho is the Gemara Avoda Zara (75b), “if one purchases from a non-Jew utensils that are used cold, such as cups and bottles, they need only wash them and toivel them”. Although it is common to occasionally use cups for hot drinks, still the Gemara only required that one kasher according to its main use.

However, Ravyah (brought by Issur V’heter 58:45-46) holds that one must follow even the miyut tashmisho. According to Ravyah, the Gemara would only allow kashering cups with hadacha (washing) provided that we do not know they were ever used hot. Therefore, cups purchased from a non-Jew should lichatchila be kashered with hagalah, since it is possible they were used hot. However, when this is not an option, such as if the cups are cheres, one can rely that they were never used hot, and only do hadacha (washing). However, if one knows that the non-Jew did in fact use the cheres cups hot, the cups may not be used. The Ravyah is paskened by the Rema in Y.D. (121:5).

Rebbi Akiva Eiger (O.C. 451:3) brings another source for rov tashmisho, based on the Gemara Pesachim (30b), “knives for Pesach can be kashered with hagalah”. Although knives are occasionally used directly on the fire, and one might even remember doing so, still the Gemara rules that hagalah is sufficient. Rebbi Akiva Eiger points out that there are two possible explanations for this leniency. This is either because we need only be concerned with rov tashmisho, or because we pasken that chametz is heteira bola, and therefore hagalah is sufficient even if the knives were used directly on the fire. Mechaber paskens the first approach, that we follow rov tashmisho. However Rema is misupek, and therefore is machmir on both accounts. We need be concerned with the miyut tashmish, and we need to be concerned that chametz is issura bola. However, regarding kashering knives for Pesach, Rema would agree that hagalah is enough, since according to either reason hagalah would be sufficient.

Taz (O.C. 451:11) says Rema really was only machmir lichatchila because of concern that the המון עם (unlearned people) will extrapolate the wrong conclusion about kashering, but in principle Rema really paskens like Rashba. Mishna Berurah (451:47 and Sha’ar Hatziyun 50-51) likewise paskens that bidieved, or in cases where kashering according to miyut tashmisho is not feasible, one can allow kashering according to rov tashmisho.

An example of where we rely on rov tashmisho, because we have no other choice, is in regards to kashering a microwave oven.

The glass turntable in the oven should be replaced. Since food gets heated directly on the glass, it needs kashering, and according to Rema, it is questionable if glass can be kashered.

The walls of the microwave generally do not have direct food contact, though there can be an occasional splatter. The main contact with the walls of the microwave is through the zeiya. This is the rov tashmisho. A kli that absorbs through zeiya can be kashered through zeiya (k’bolo kach polto)2. The splatters dry up quickly, and will no longer get hot. This is because microwaves only heat liquid, and once the splatter dries up the microwaves will have no effect on them. The occasional splatter is a miyut tashmisho, and would require hagalah. Rema requires that we be machmir to kasheraccording to miyut tashmisho, except where it is not feasible. In the case of a microwave, since it is not possible to do hagalah on the walls of the microwave, we have no choice but to follow the ikar ha’din and kasher with zeiya.

The microwave must be thoroughly cleaned, left idle for 24 hours, and then a cup of water should be boiled in the microwave for 10 minutes, until it produces hevel (thick steam). The cup should be moved and boiled for another 10 minutes. This elongated steaming will produce a greater abundance of zeiya than any other time, and will heat up the walls and allow the issur to be maflit into the steam.3