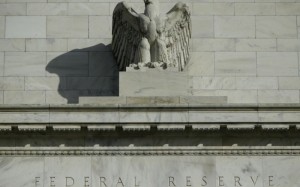 Last month, the Federal Reserve raised interest rates for the first time in seven years. And as the calendar turned to 2016, the process to elect a new president—in a wide-open contest—begins in earnest.

How will these two factors impact your money? According to some experts, not as much as people might expect.

“I’m expecting the economy to be a bit lackluster,” Peter Goettler, president and CEO of the Cato Institute told CNBC’s On The Money in an interview. The leader of the libertarian think tank said he didn’t think the Fed’s moves will result in significantly higher interest rates.

“As long as the Fed is focused on inflation, economic growth (and) the employment picture… I’m not expecting interest rates to get away from us,” Goettler said. He expects the Fed to raise rates higher “only a couple times” in 2016, slightly less than the emerging market consensus of a pace of one hike per quarter.

Jared Bernstein, senior fellow at the Center on Budget and Policy Priorities, tells CNBC he also sees additional rate hikes in the months ahead. However, “I think we’ll see some, but I don’t know that we’ll see the three or four that most people are predicting,” Bernstein added.

Bernstein says the “Federal Reserve’s own rate hike schedule” is based on the central bank’s prediction that inflation will “revert to form, to start rising much more close to their two percent target, and they consistently miss that.” Inflation has remained tame, largely because of a steep drop in energy costs—led by a washout in commodities and oil prices.

In the shadow of the Fed’s modest tightening of monetary policy, mortgage rates have risen as borrowers seek to refinance before interest rates jump in earnest. In the immediate aftermath of the Fed’s decision, mortgage applications and refinancings jumped, according to the Mortgage Bankers Association.

Goettler told CNBC he “probably would” move to a fixed rate mortgage, in large part because they are comparatively more “attractive” than variable rates as interest rates rise. The average rate on a 30 year fixed mortgage rose to 4.01 percent this week, up from 3.87 percent a year ago.

One area that monetary policy is unlikely to affect—but where consumers will continue to benefit—are gas prices. The slump of global oil (@CL.2) prices has pulled average pump prices below $2 per gallon in many parts of the country, which economists say operates like a tax cut and enhances consumer spending power.

“Anyone who predicts they know where oil is going is pulling somewhat of a fast one on you.” Read more at MSN MONEY.