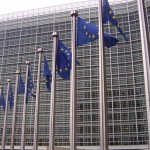 A group of U.S. House members and senators sent official letters to the European Union discouraging the EU from implementing a policy of labeling Israeli products from Judea and Samaria.

“As members of the United States Congress we are concerned that such measures will undermine decades-long American efforts to achieve a bilateral negotiated peace accord between Israel and the Palestinians,” the letter stated. The EU’s guidelines would “constitute the de-facto boycotting of Israel, its economy and commodities, due to the burden on importers to apply and adhere to them,” added the letter.

“As allies, elected representatives of the American people, and strong supporters of Israel, we urge you not to implement this labeling policy, which appears intended to discourage Europeans from purchasing these products and promotes a de-facto boycott of Israel, a key ally and the only true democracy in the Middle East,” the senators wrote.

The senators expressed concern that “at a time of significant instability in the region…the EU is considering a proposal intended to impose more diplomatic and economic pressure on Israel.”

Both letters likened the EU’s guidelines to supporting the BDS movement.