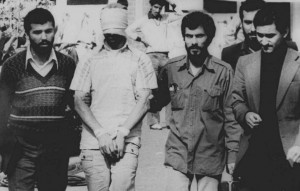 American Embassy personnel who were held hostage in Iran beginning in 1979 are getting compensation over three decades later.

The individuals who were held hostage for a total of 444 days will get $4.4 million each which comes out to $10,000 for each day of their captivity.

The money is coming primarily from a penalty shelled out by the bank BNP Paribas for violating its sanctions with Iran, Sudan and Cuba.

The hostages held at the time as student militants overran the embassy were subjected to mock firing squads and rubber hose beatings among other forms of torture. Read more at The Washington Post.