The RCCS Hockey Classic Tournament, in only its second year, is now the largest Jewish communal ice hockey event in the world: with 325 players, twenty teams, thousands of spectators and an unprecedented spirit of enthusiasm and camaraderie.

The 2019 Tournament commenced in Chicago earlier this year and concluded over the weekend with a whirlwind series of games in three professional arenas in the Northern Jersey area, with players and spectators traveling in from across the United States, even from Israel.  The players, teams and spectators spanned all walks of Jewish communal life – all joining to make a lifesaving difference for their brothers and sisters in need.

Once the final game was played, the Tournament had raised over $1.6 million on behalf of cancer patients. This funding enables RCCS to meet the unfortunate spiraling need and help over 2,500 patients worldwide. RCCS provides medical guidance and facilitation; insurance premium payments and guidance; financial subsidies and emotional support – so that every patient can access first class care and peace of mind on the road to healing.

The action began on Motzei Shabbos with concurrent games in the Ice House arena in Hackensack, NJ; Floyd Hall Arena in Little Falls, NJ; and the Ice Vault Arena in Wayne, NJ. Spirits were high as players gave it their all in a series of competitive back-to-back games.

The event was a great venue for families, with special entertainment and activity programs arranged for the youngest attendees. A lavish offering of food and snacks was served throughout the day by the renowned Tessler Catering of Lakewood. Each family in attendance enjoyed special giveaways.

During a break in the games, a poignant award ceremony – moderated by Kosher Guru and DJ Yossi Newman -was held to honor the players and sponsors. The highlight of the ceremony came when the hockey jersey of Yaakov Yisroel Topper a”h was raised and officially retired. Emotions ran high as the crowd eyed the jersey of this young boy from Chicago who tragically lost his life. Yaakov Yisroel loved playing hockey. Both the 2018 and 2019 RCCS Classic Tournaments were dedicated by his parents, Aaron and Cici Topper, and named in his memory. One can only imagine the aliya his neshama had as a result of all the chessed done in his memory!

One RCCS patient shared his personal struggle with cancer and detailed how RCCS essentially “took over” all the logistical, financial and emotional burdens possible, making all the difference in the difficult journey. Additionally, a poignant handwritten thank you letter from an eight year old girl who is undergoing cancer treatment, along with a beautiful silver Menorah, were presented to Tournament Commissioner Gabriel Jacobson, Controller of Jordache. The RCCS Classic concept is the brainchild of Gabriel, who worked closely with his childhood friend, Rabbi Yisroel Meir Merkin, RCCS’s Director of Organizational Advancement, to make it an astounding success.

Leading the Tournament’s historic fundraising success were Menachem Katz of Team Dasmen and David Rosenberg, captain of Team Monsey. Each player raised over $100,000 with Menachem taking the honors as the tournament’s top fundraiser, raising $155,000!!

The team fundraising effort was on full display as many teams doubled what they had raised in the previous year. The top fundraising team was Team Dasmen, led by Menachem Katz. Team Monsey, led by David Rosenberg, came in second. Other top teams honored include Captain Ari Strulowitz and Team YYT; Captain Shimshi Junger and Team Lakewood Avalanche; Captain Joe Sutton and Team Subzero. Top raiser Team Dasmen had the honor of presenting a symbolic $1.6 million check to RCCS.

“It is inspiring to see how the 2019 Tournament provides both a spirit of hope and optimism, and substantial funding to help cancer patients access first class medical care,” says Rabbi Merkin. “RCCS would like to thank everyone who helped make the Tournament a success enabling our dedicated staff to help patients in need.” 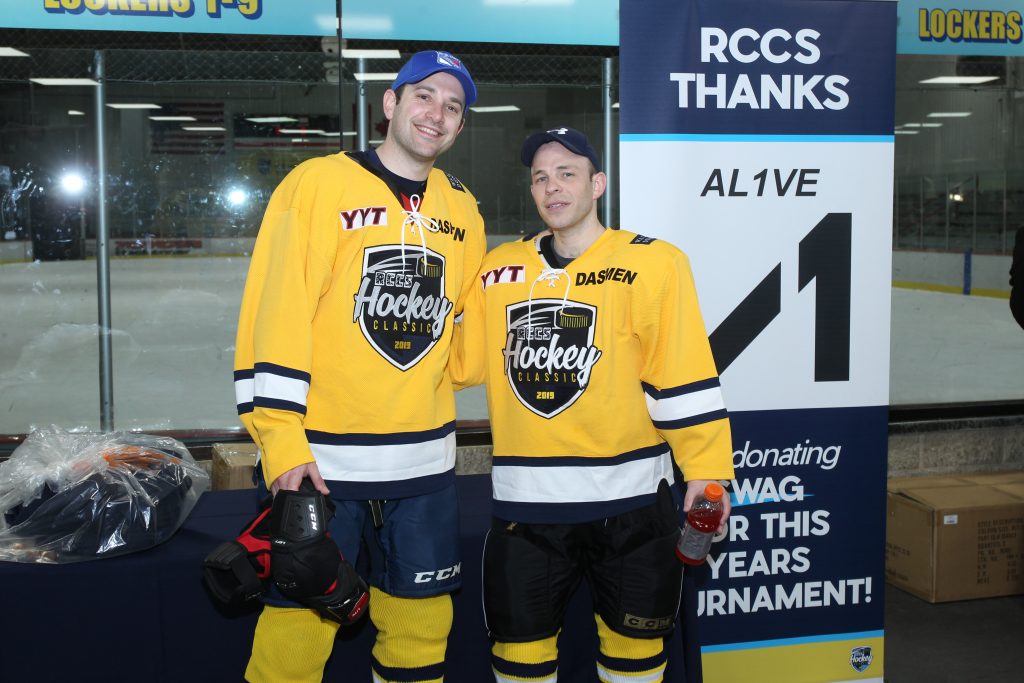 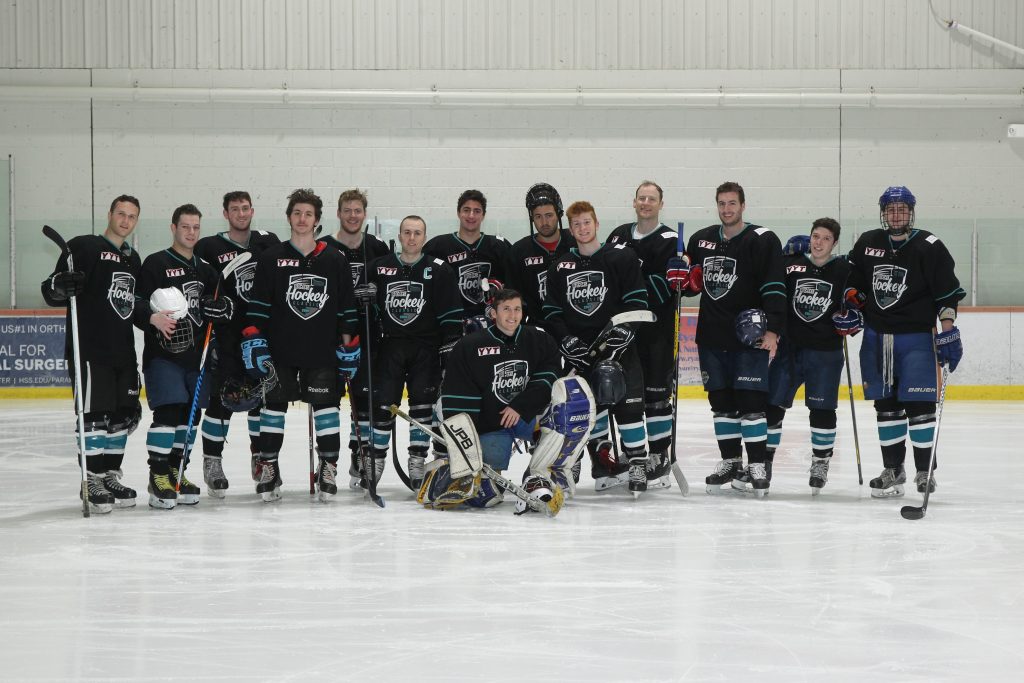 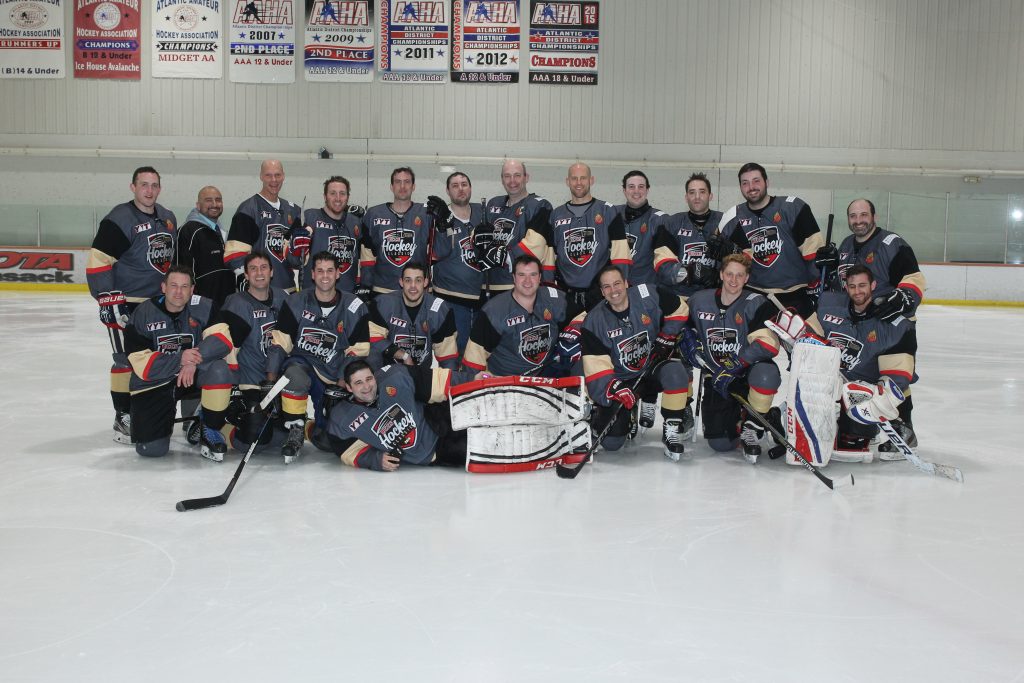 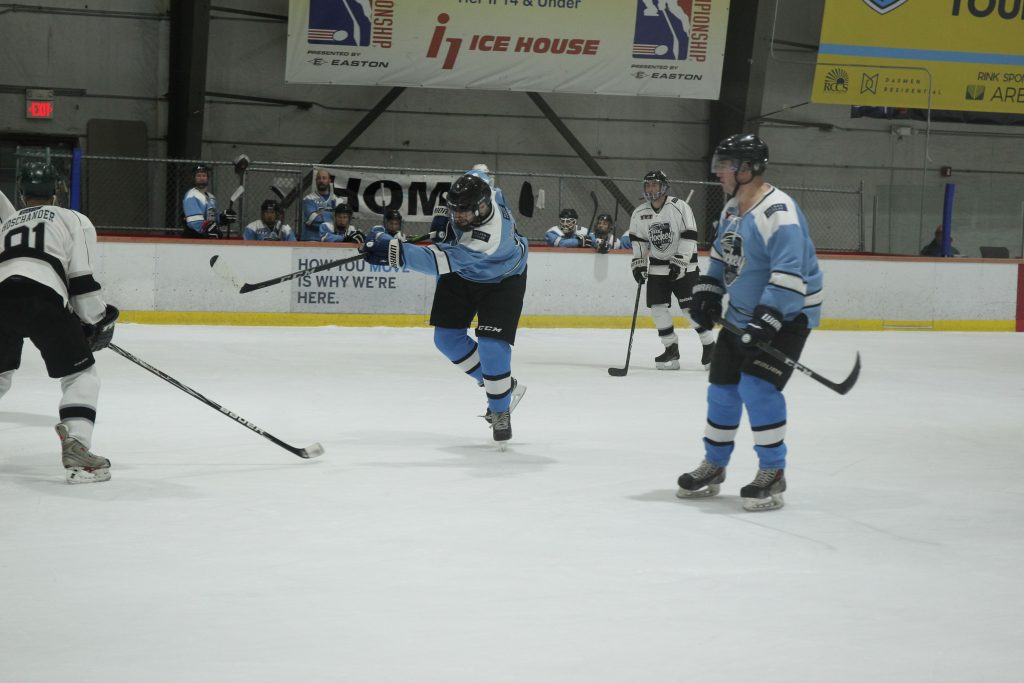 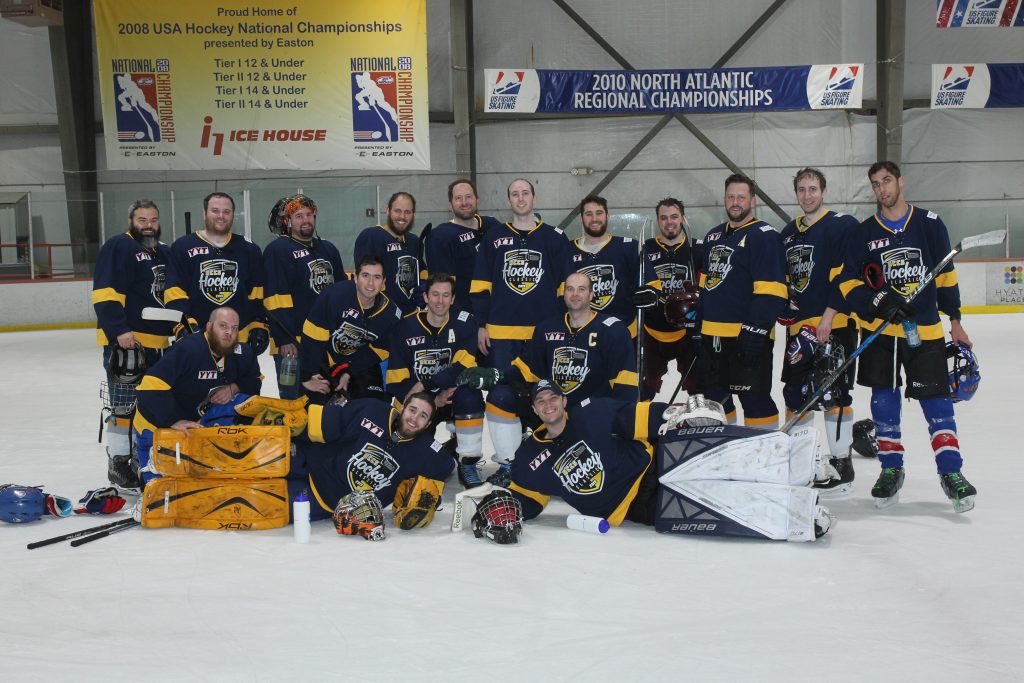 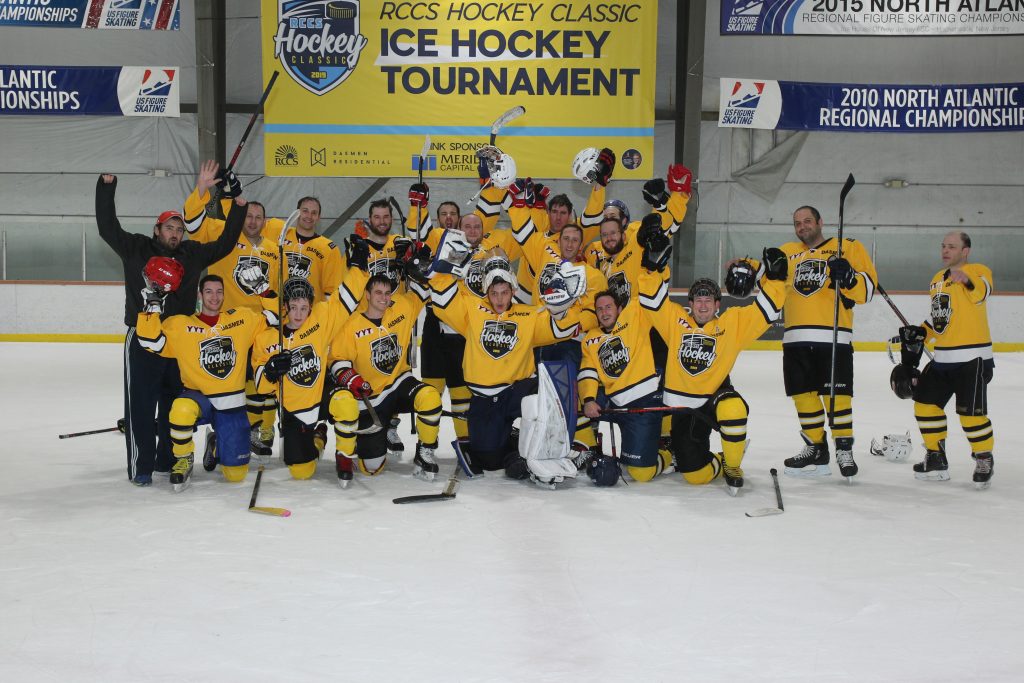 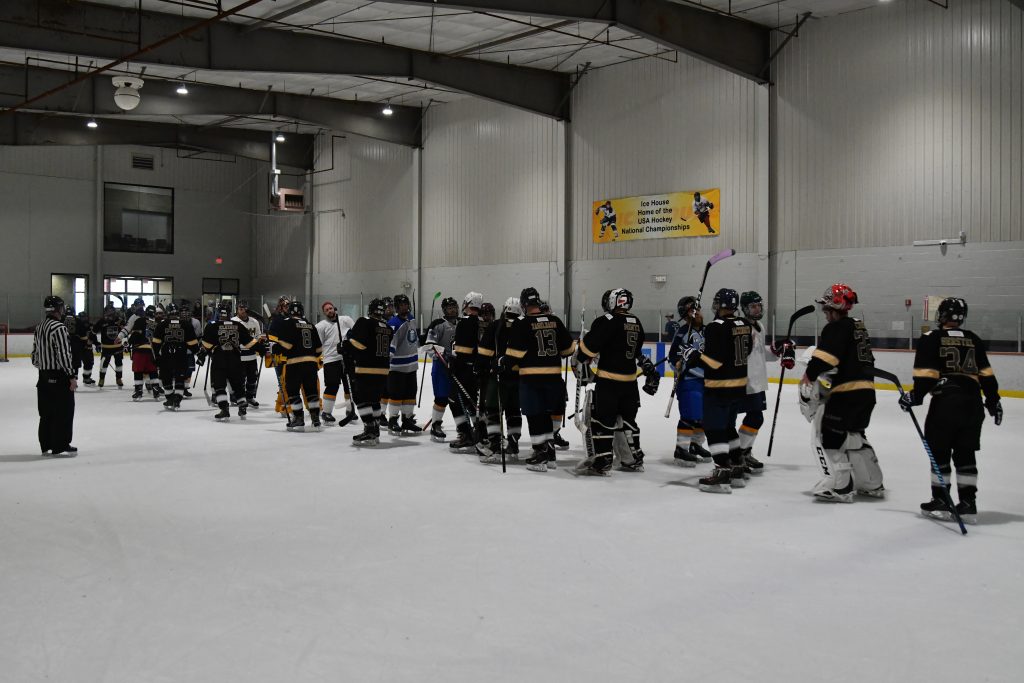 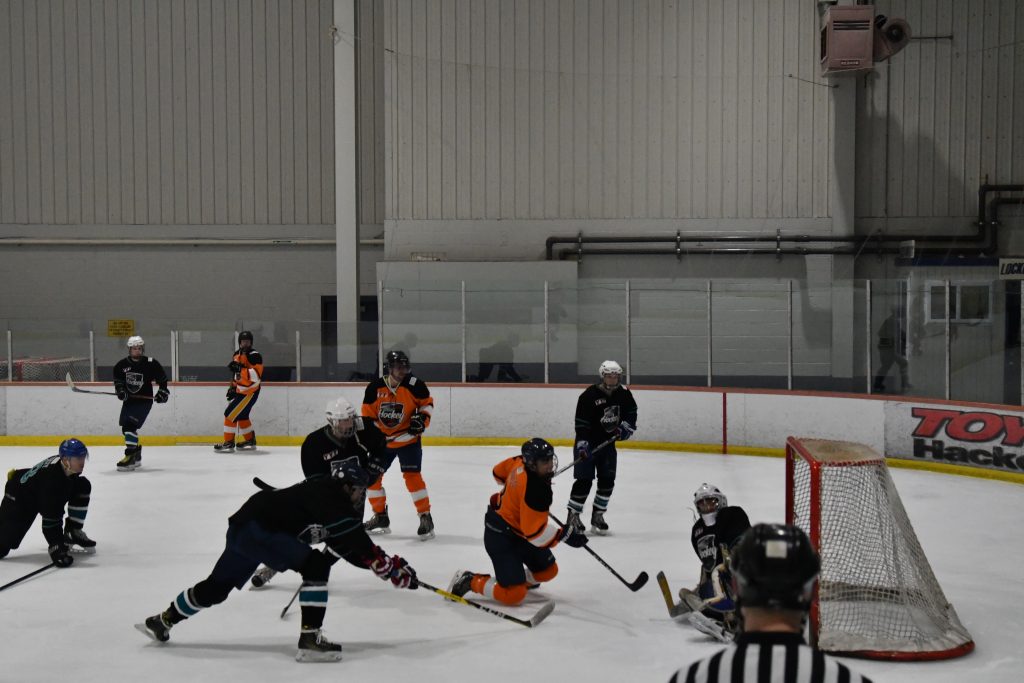 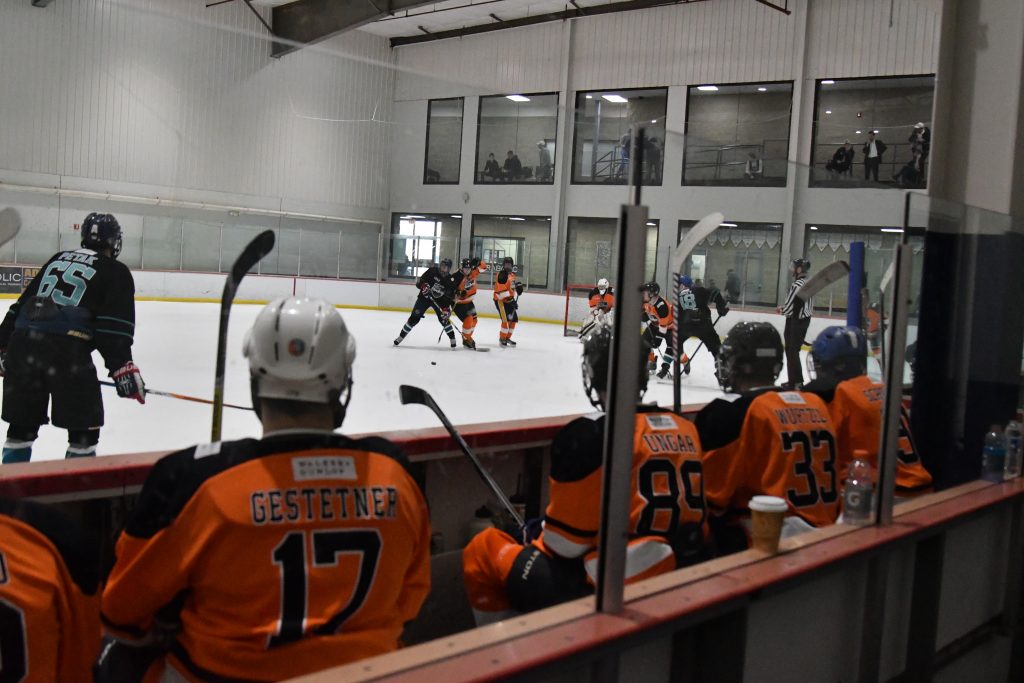 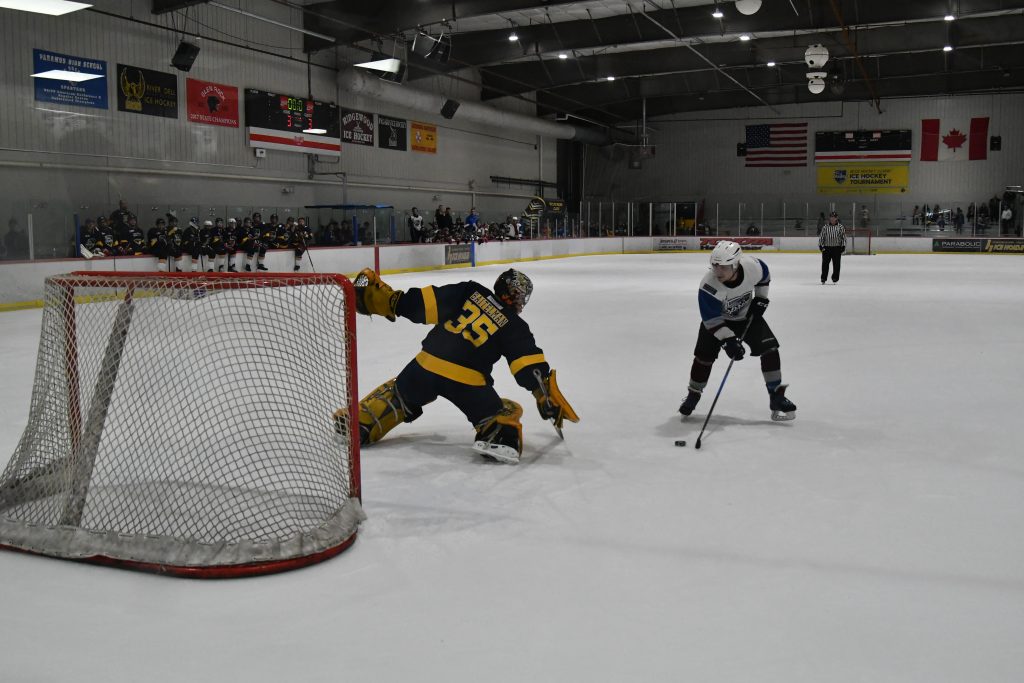 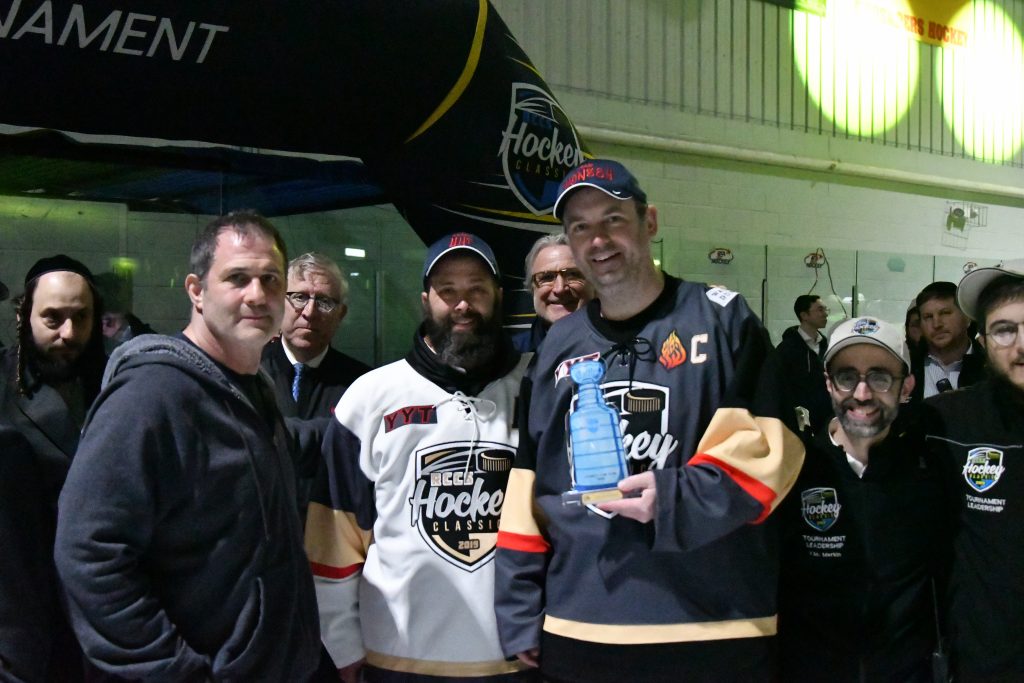 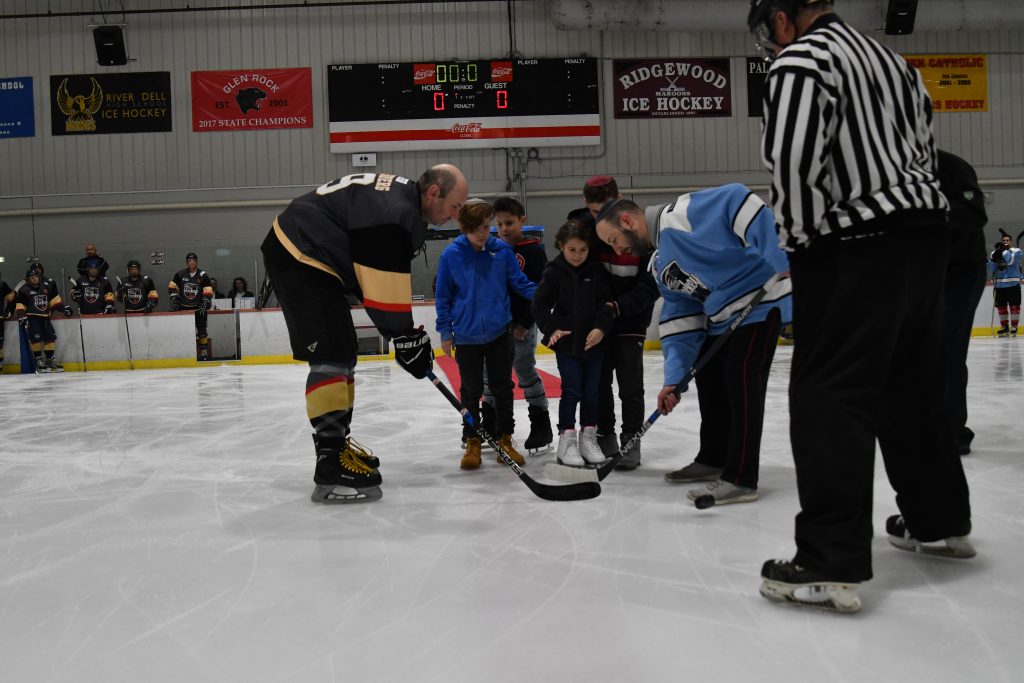 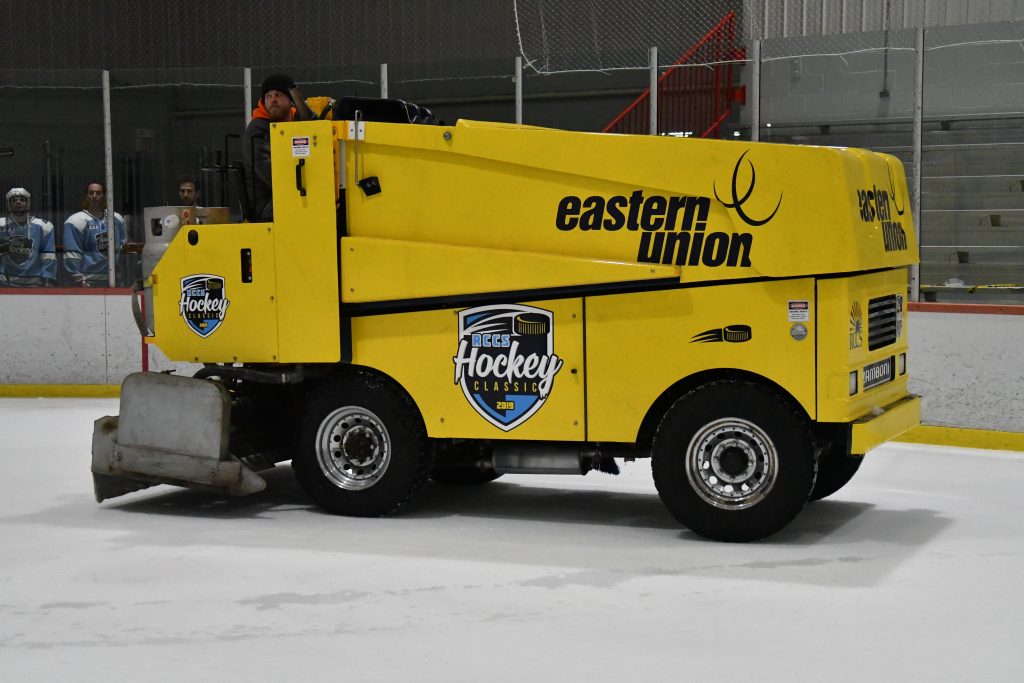 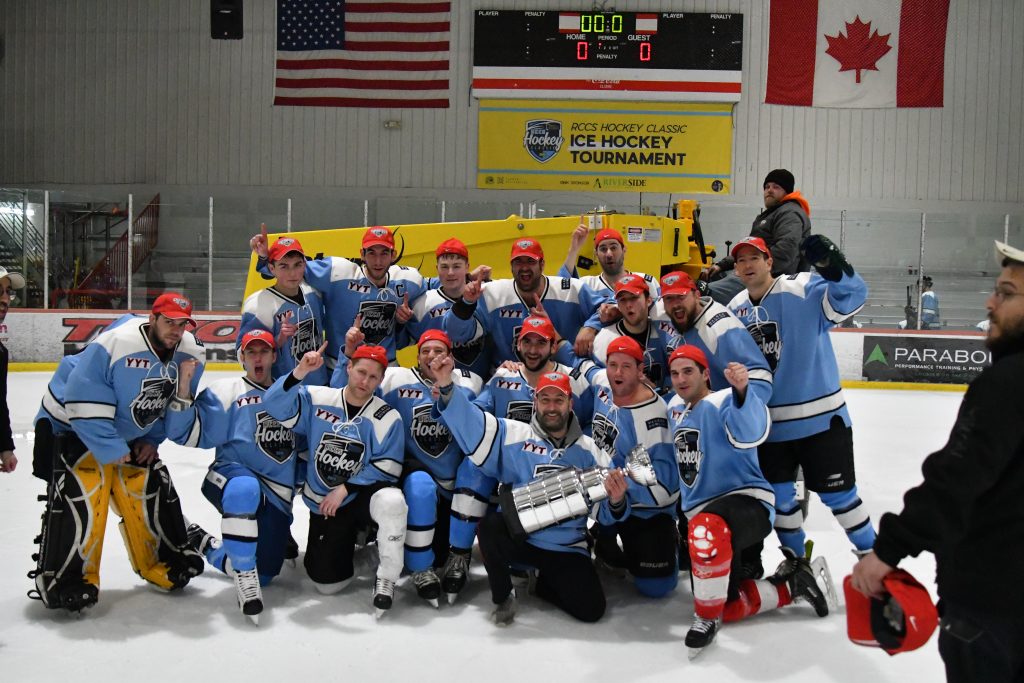 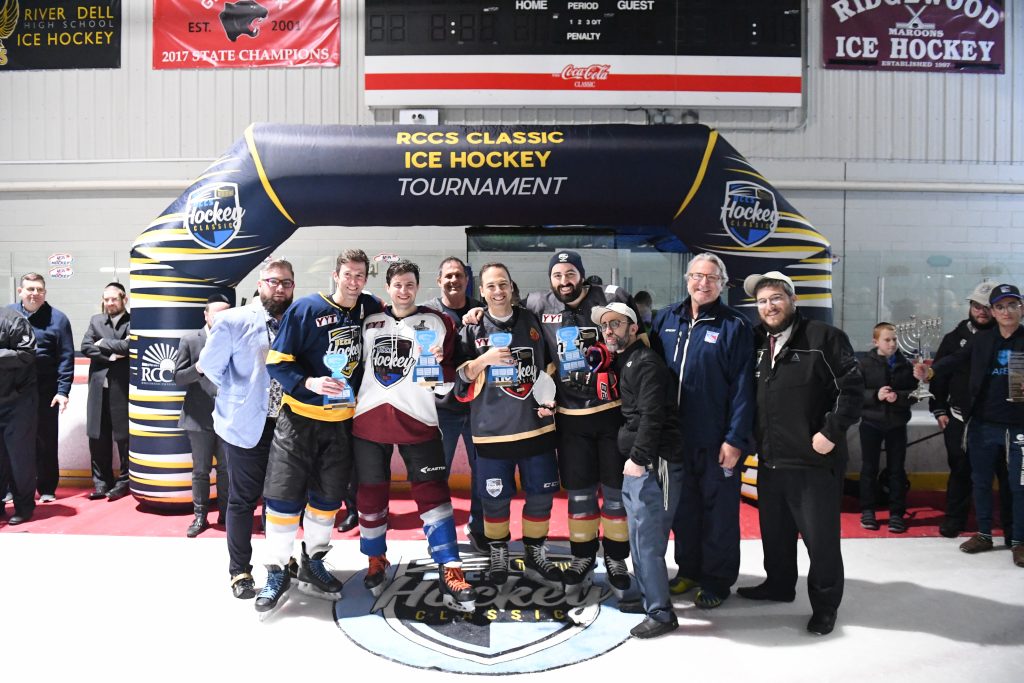 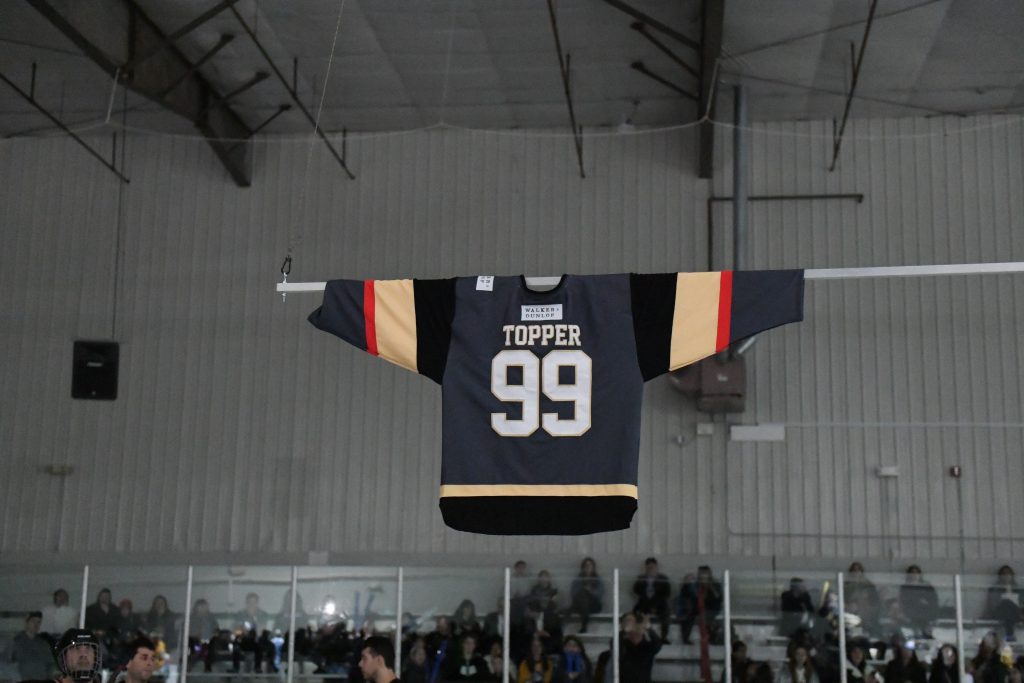 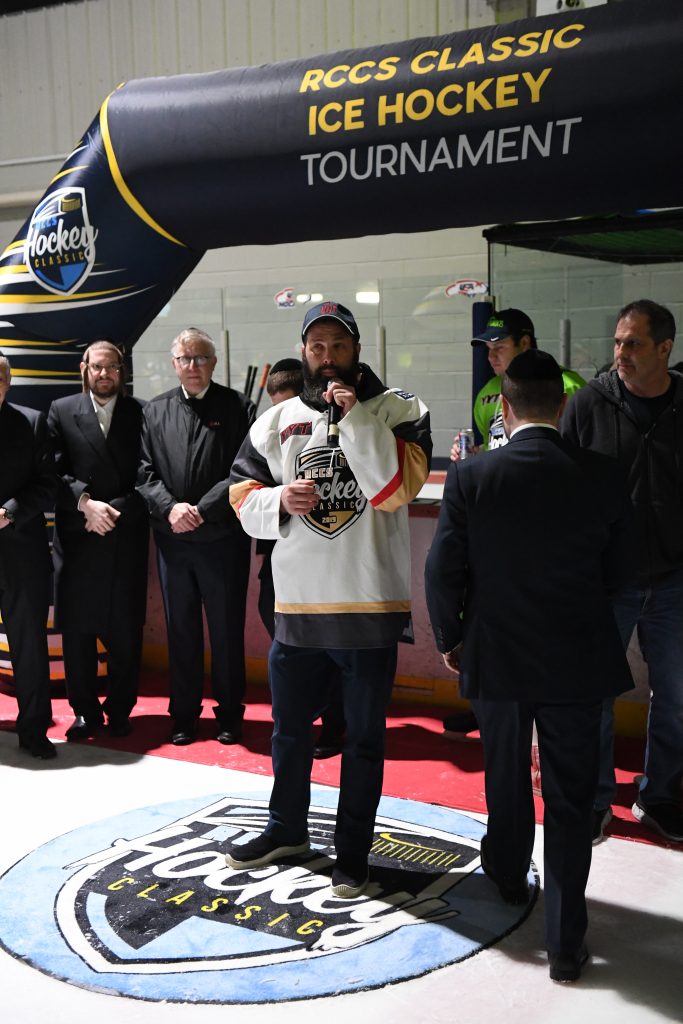 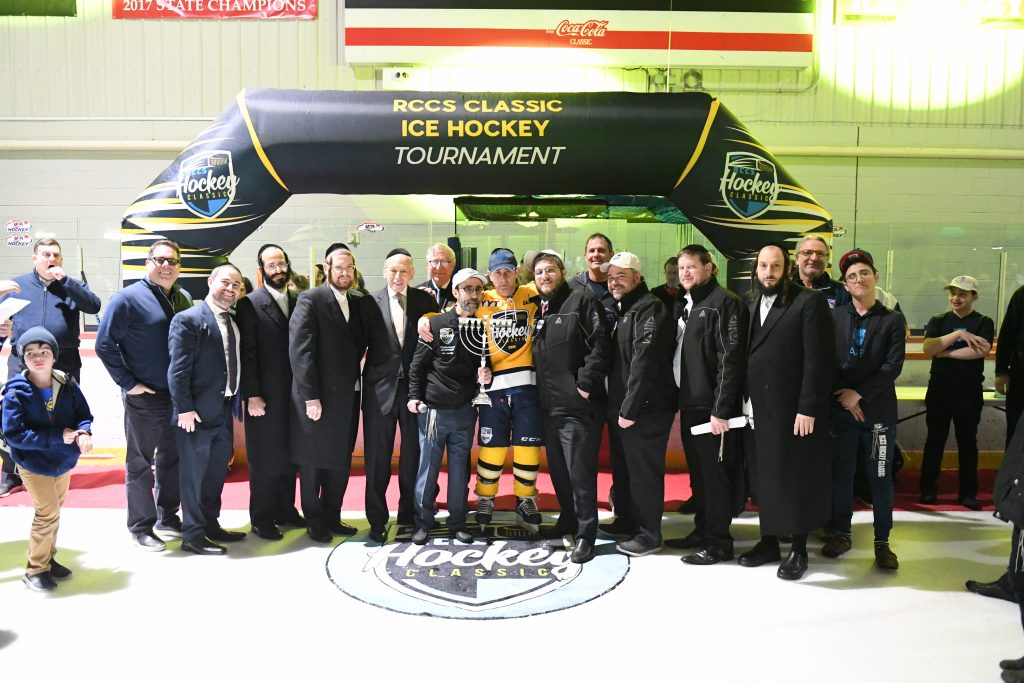 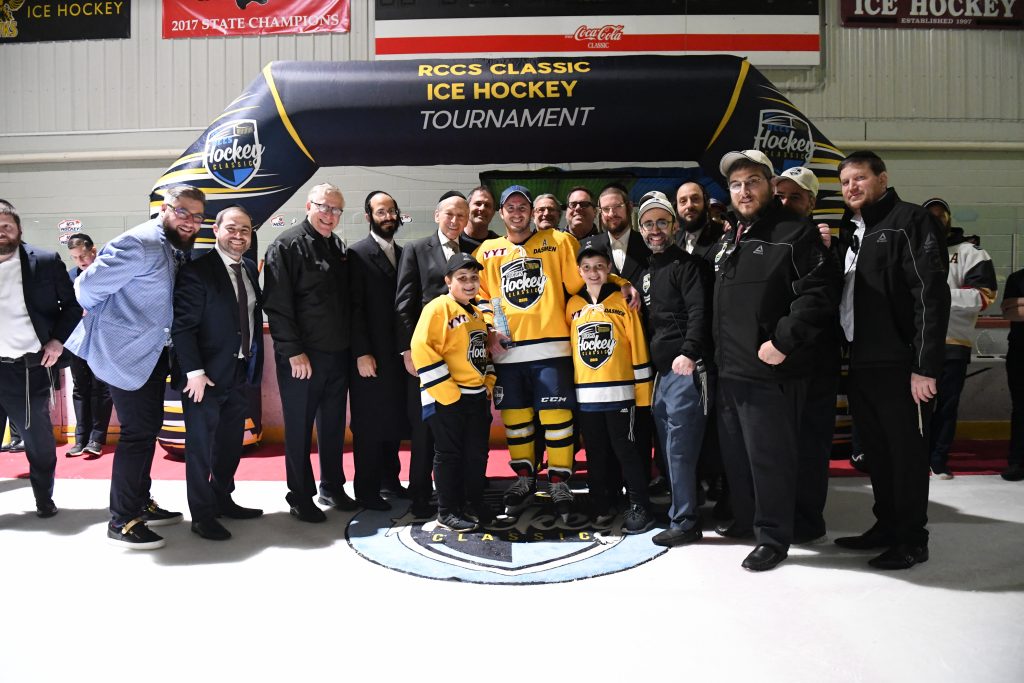 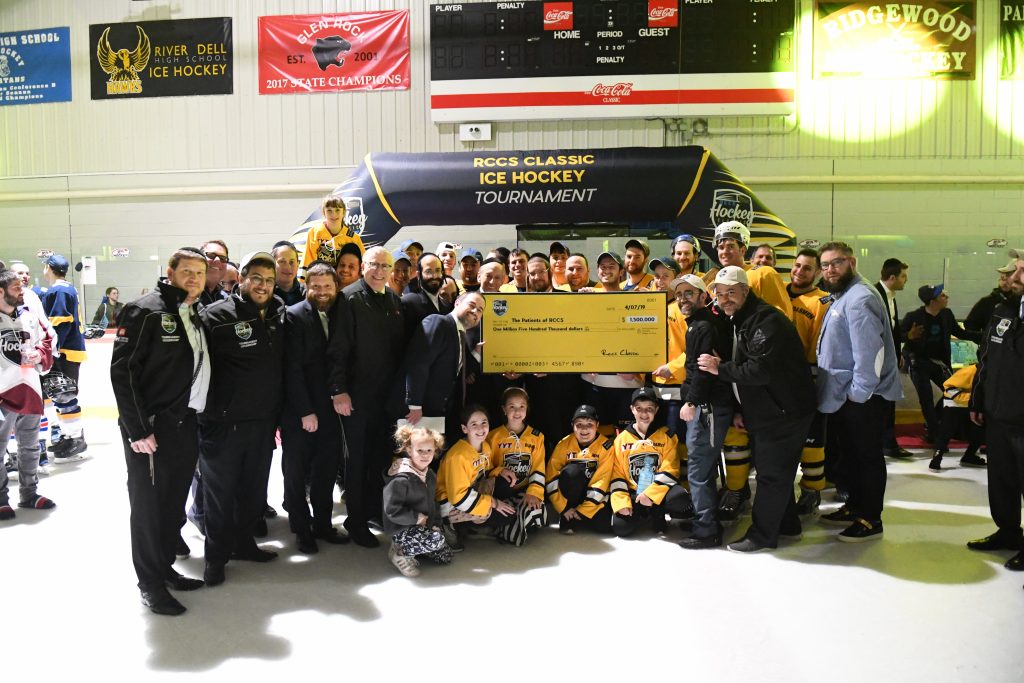