Brooklyn Assemblyman Dov Hikind (D-Brooklyn) presented Midwood High School hero Ahmed Khalifa with a citation and laptop Thursday for his aid in the apprehension of the assailant who assaulted an Orthodox Jewish woman on a Coney-Island bound Q train December 28.

17-year-old Khalifa, who is Muslim, chased down Rayvon Jones, 31, after he smacked a Jewish woman and fled the train near the NewKirk Avenue station around 8 p.m. that night. Khalifa flagged down a member of the Shomrim, who aided him in the search for Jones, who was found onboard a local bus nearby. Khalifa then called the police to notify them of the buses whereabouts, eventually evacuating the bus and apprehending Jones. The victim suffered lacerations to her lip and bruising, and was taken to Methodist Hospital in stable condition.

“In a time of such divisiveness, it’s refreshing to see a story like this resonate within our communities,” said Hikind, who was joined by NYC Council member Mathieu Eugene, and local community and religious leaders in honoring Khalifa. “It is my privilege to honor Ahmed Khalifa for his noble act and exemplary leadership, and through this behavior, Ahmed sets the tone for how we should treat one another regardless of one’s race or religion.”

Khalifa has reiterated on multiple occasions that he doesn’t consider himself to be a hero, saying, “I’m not a hero; I’m just a guy. I think everyone should be doing this because we are all one people; I would help anyone out no matter who they are, I’m just happy people are learning that this is the right thing to do.”

This isn’t the first time Khalifa has come to the aid of another. Several months ago, he prevented a suicidal homeless person from jumping down onto the train tracks.

In addition to the citation, Hikind presented Khalifa, a senior, with a Hewlett-Packard laptop for when he goes off to college in the fall. “I want to thank local businesses Focus Camera and Artistic Gallery for collaborating with us on this gesture,” Hikind said. “Ahmed Khalifa has a bright future ahead of him and is undoubtedly a future leader of this generation. At 17, he truly embodies what it means to be a caring, loving decent human being, which is exemplified through his brave actions. I don’t doubt that Ahmed will continue to do great things after high school and beyond.”

“I’m so proud of Ahmed and the heroism he exhibited in chasing down the criminal. He’s a model citizen and we’re very fortunate to have him as part of our community,” Councilman Mathieu Eugene said.

“Ahmed brought our community together, we are together. I’m not talking about religion. We are human beings here together as one community right now. No matter what, Ahmed is the hero and is the reason for us coming together. I thank him and his parents for allowing us to come together today,” said Imam Awad ElSayed.

“I want to thank Ahmed for bringing us together today as a result of his bravery and heroism throughout this entire process. We appreciate what he did for our community, and as I always say, one good deed is greater than 1,000 inspirations. Thank you, Ahmed,” Rabbi Moshe Shmiel Rottenberg said. 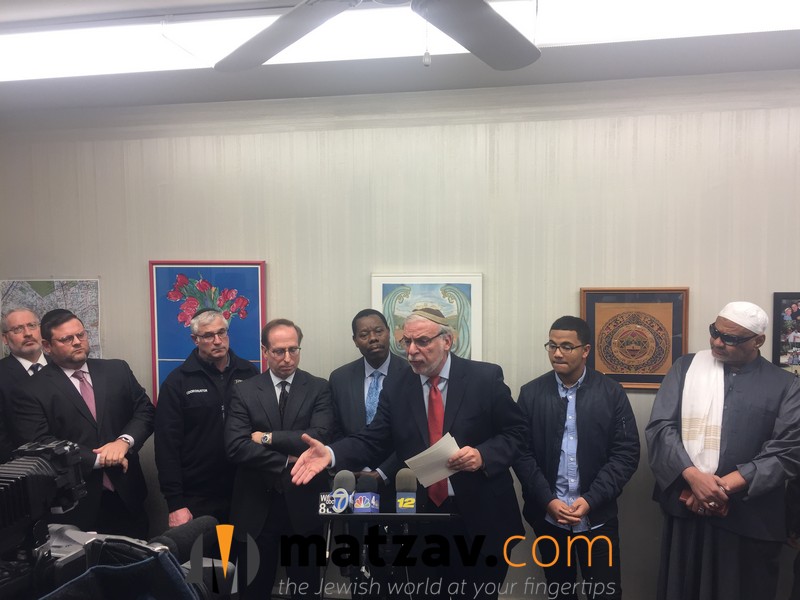 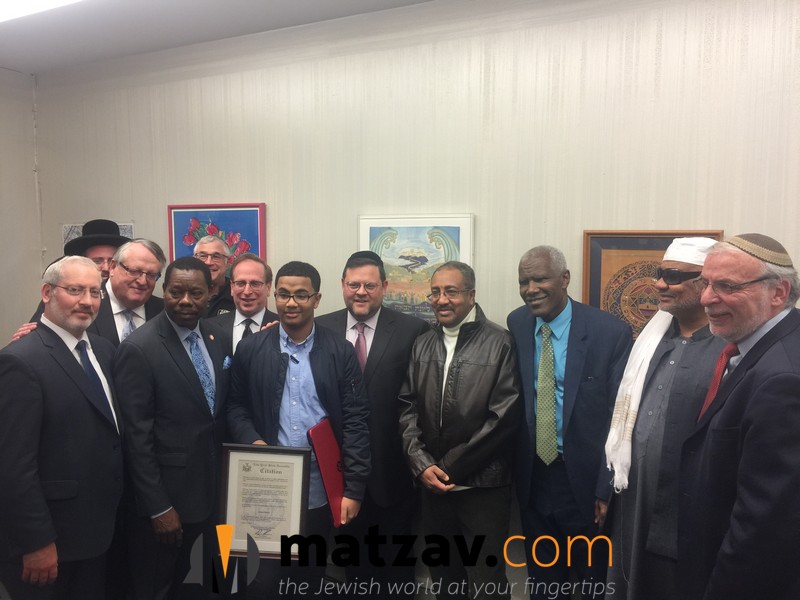