“I’m delighted to have met with top U.S. Customs officials to have an open dialogue about people from the Jewish community traveling abroad; we had a very productive meeting and they expressed their sincerity and willingness to cooperate on certain issues moving forward,” said Hikind, who met with Port Director to U.S. Customs and Border Protection Francis J. Russo, Assistant Port Director Dean Dimotsis, Rabbi Frelich and Community Liaison Chesky Klein.

Port Director Russo briefed Assemblyman Hikind  on typical procedure, customs and currency reporting requirements from travelers after dozens of abuse cases were reported at Newark Airport in recent weeks. During the meeting, Russo reassured Hikind that the “CBP strives to gain an appreciation and recognition of the diversity of the traveling public. Regardless of how or when a traveler encounters a CBP officer, whether it is inbound or outbound, all officers are expected to treat people with dignity and respect.”

Added Russo: “We look forward to working with your staff to schedule future community engagements aimed at building and maintaining the public’s trust.”

Hikind is prepared to meet with top U.S. Customs officials at Newark Airport to have similar dialogue and address some of the same concerns. 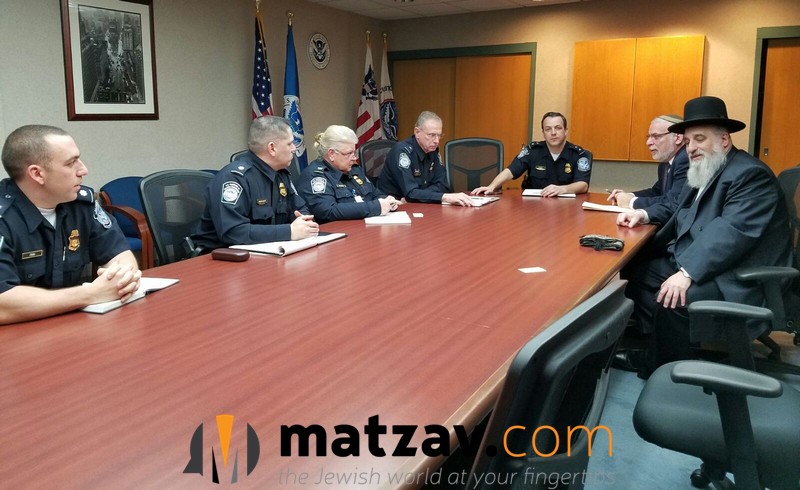