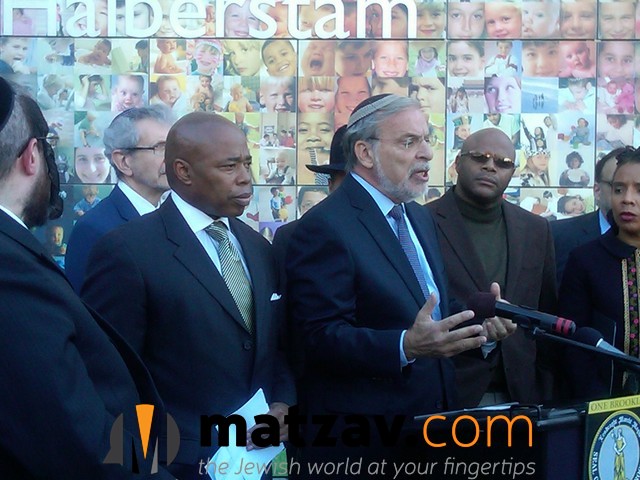 In a press conference Wednesday, Assemblyman Dov Hikind (D-Brooklyn) urged New Yorkers to stay vigilant and calm in response to recent attacks on members of the Jewish community in Crown Heights. Hikind pledged to work with local community leaders and elected officials, including Brooklyn Borough President Eric Adams, NYC Council Member Laurie A. Cumbo, and Chanina Sperlin, Executive Vice President of the Crown Heights Jewish Community Council, on surveillance cameras, mirroring an historic $1 million security initiative he was instrumental in procuring for his district in the Borough Park and Midwood neighborhoods.

“I am outraged over the recent attacks in Crown Heights. When you hear of a stabbing here in New York and you don’t have any information, you right away ask if this is related to events in Israel. While we don’t have a suspect or precise motive yet in last night’s attack, one thing is clear—given our heightened awareness over stabbings in Israel and this week’s International Conference of Chabad-Lubavitch Emissaries—it is critical to install surveillance cameras in strategic locations. Cameras are one of the most effective tools for law enforcement’s ability to solve and prevent crimes. I pledge to work with leaders in Crown Heights to make that happen.”

The Brooklyn security initiative, also known as the Leiby Kletzky Security Initiative, is a state-of-the-art system of surveillance cameras designed to protect residents of Borough Park and Midwood. The pilot program places high-tech security cameras in strategic places throughout the community.

Hikind thanked Brooklyn Borough President Eric Adams for organizing today’s press conference at the Jewish Children’s Museum and bringing together community leaders and elected officials. Both the Crown Heights Jewish Community Council and the Anti-Defamation League have pledged separate $5000 rewards for information leading to the arrest and conviction of the individual responsible for the Eastern Parkway slashing.

According to the New York City Police Department, a Crown Heights Hatzalah volunteer EMS member was stabbed by an unknown assailant on Eastern Parkway on Tuesday evening. The suspect was possibly wearing a mask and approached the victim from behind, slashing him before running away. On Wednesday morning, a Jewish man walking to synagogue on Lefferts Avenue was punched in the face and had his cellphone knocked out of his hand. A suspect was apprehended and a video showed him saying obscenities about Jews to the police as he was being questioned. Hikind expressed his appreciation to the NYPD and Hatzalah for their quick response, saying “We are fortunate to have the NYPD and Hatzalah standing vigilant in protecting our community and our city.” 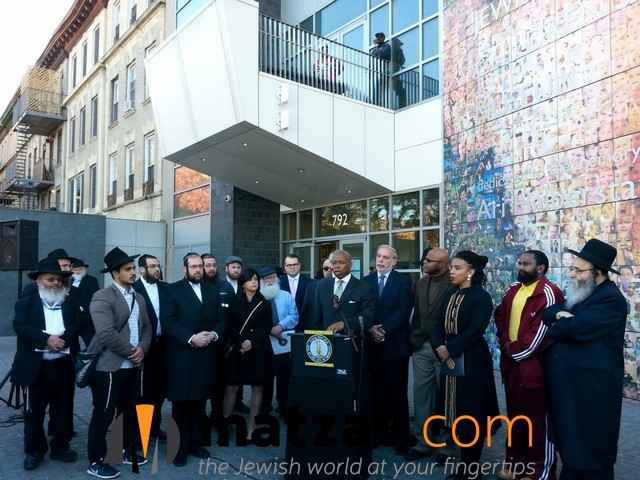 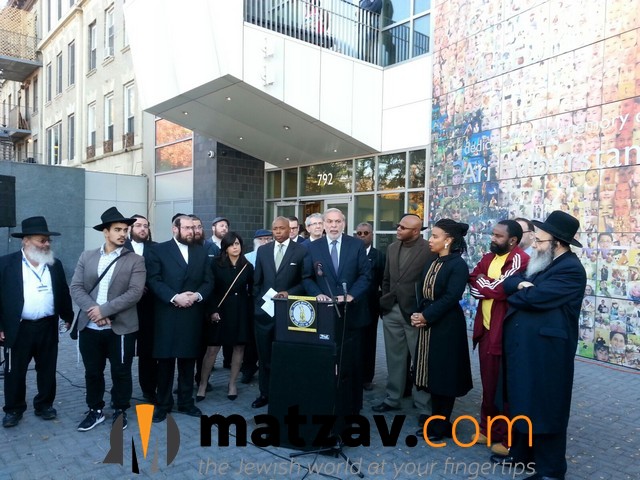 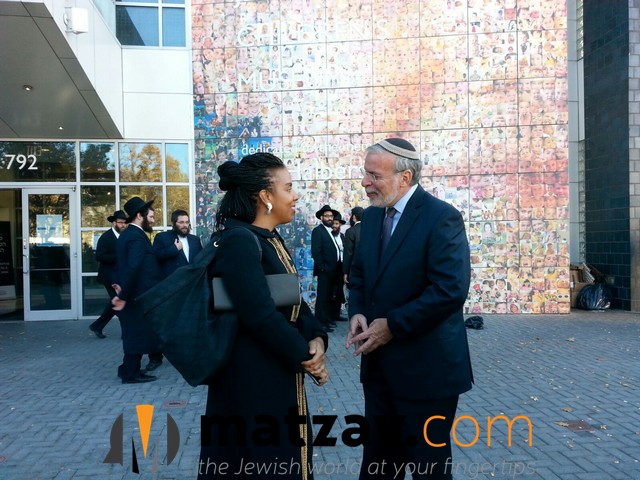