Assemblyman Dov Hikind (D-Brooklyn) was joined by hundreds of outraged residents from the community at Sunday’s “Save Ocean Parkway” rally held on the corner of Avenue J and Ocean Parkway. NYC Public Advocate Tish James, Comptroller Scott Stringer, Councilmembers Chaim Deutsch and Mark Treyger, CB12 Chairman Yidel Perlstein, and other community leaders joined Assemblyman Hikind in an effort to prevent the NYS DOT from eliminating right turns from the mainline heading north and south onto Avenues J, P and Kings Highway, as well as left turns onto other avenues.

“Eliminating right turns will only endanger the safety of motorists, children and their families who live adjacent to Ocean Parkway, and will undoubtedly create havoc for all,” Hikind said. “Let your voice be heard! No more no turns!”

The two-year, $15 million NYS DOT Pedestrian and Bicyclist Safety project, which is set to implement these traffic changes as early as February 2017, will also force motorists to turn one block earlier onto the service roads in order to make the right turn.  “This would cause major aggravation and chaos like no one has ever seen before on Ocean Parkway. It would be an accident waiting to happen,” Hikind said.

Back in 2015, NYS DOT presented the traffic changes to community boards through PowerPoint slides, but failed to include any information on eliminating right turns along Ocean Parkway. “Nearly 100,000 people who use Ocean Parkway on a regular basis would be forced down these service roads and narrow avenues where children play and go to school,” Hikind said. “It’s unbelievable that officials somewhere in Albany agreed to this — people who don’t even know of Ocean Parkway let alone the community. Do they think they know Ocean Parkway better than we do?

“There are hundreds of children and senior citizens that live along these service road, who would be put in grave danger should these changes go into effect,” Hikind continued. “I call on Governor Cuomo to make this right, stop the insanity and save Ocean Parkway.”

“When you talk about traffic accidents and traffic fatalities, you have to think about the dangers our children face. When traffic changes happen, it’s backed up by data and by the community and therefore, members of community should have a seat at the planning table where you can properly debate and discuss these changes,” said Comptroller Scott Stringer.

“It is very difficult to get elected officials on the same page. There’s only one time when we can do that — when it affects our seniors, children, hard-working parents, mothers, fathers, our school buses that take our children, this is when we unite. I as a parent have called 9-1-1 for an emergency for one of my children who needed EMS. How can we rely on our first responders and 9-1-1 when we have congestion and traffic along Ocean Parkway? We need to make our voices loud and clear. Thank you to Assemblyman Hikind, who has always been at the forefront of so many issues in our community and who spearheaded this rally,” said Councilman Chaim Deutsch.

“If the state cares about Ocean Parkway then let them do something about all of the potholes along the major thoroughfare. Let them do something about the service paths and the bike paths along Ocean Parkway. That’s my message to the state. This concept of Vision Zero should not mean zero common sense or zero input from the people of this community,”said Councilman Mark Treyer. 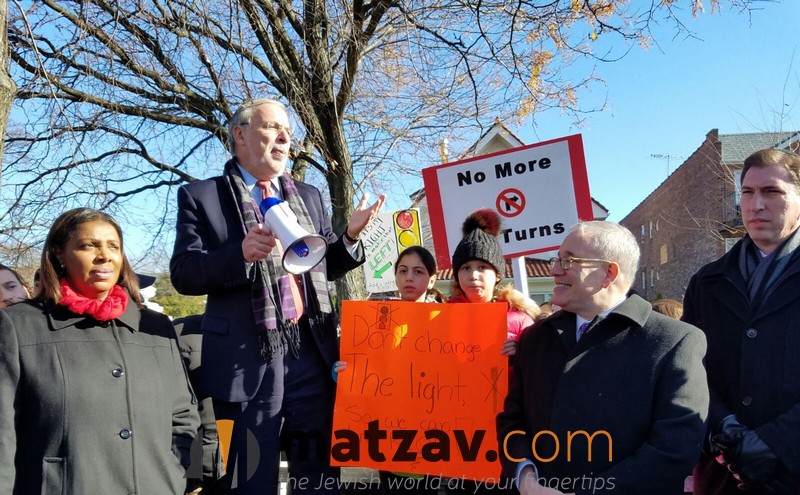 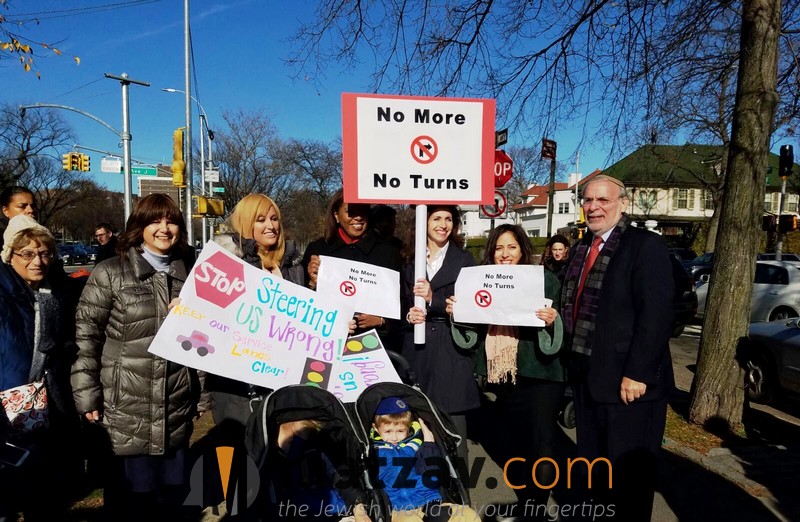