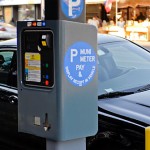 Shabbos observers looking for parking on two major thoroughfares in Borough Park on Fridays will now be able to breathe easier without fear of being ticketed. Assemblyman Dov Hikind (D-Brooklyn) announced that Friday metered parking regulations will be modified on 13th and 18th Avenues and will allow one to pre-pay for the meters for up to four hours. The Sabbath, which begins sundown on Fridays, can start as early as 4 PM in the winter. The changes, which will go into effect in a few weeks, build upon a successful pilot program on 16th Avenue.

Hikind said, “I am thrilled with this news, which is a common sense win for drivers looking for parking in our community. Expanding this popular program to 13th and 18th Avenues, major commercial areas in Brooklyn will benefit everyone.” Hikind had high praise for Commissioner Polly Trottenberg of the NYC Department of Transportation (DOT) and her staff, saying, “Our community is grateful to the Department of Transportation and Commissioner Trottenberg for granting our request to modify Friday metered parking regulations.” Hikind also thanked NYC Council Member David G. Greenfield for his original work on the 16th Avenue pilot project and State Senator Simcha Felder for joining them in recent conversations with the DOT.

Hikind pursued the expansion of the program even after being turned down twice by the DOT. In January 2015, Assemblyman Hikind first wrote to the DOT requesting that similar changes be applied to two other commercial avenues—13th and 18th Avenues. The DOT denied this request in March 2015, claiming that their surveys showed that only 16th Avenue had a sizable percentage of businesses that closed early for the Sabbath. In response, Hikind’s office conducted surveys, the results of which fully supported what he already knew: Over 90% of businesses on 13th and 18th Avenues close several hours before the onset of the Sabbath. In August 2015, the DOT denied Hikind’s request a second time.

Undeterred, Hikind continued to press the issue with the commissioner, again asking for reconsideration. Today’s announcement is a result of those conversations. Hikind said, “We continued fighting for these changes and never gave up, even after being denied twice by the DOT. We appreciate the commissioner’s work on this issue.”