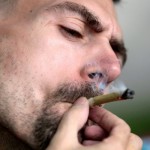 The number of American adults using marijuana more than doubled over the past twelve years rising from 4.1 percent of users surveyed in 2001 to 9.5 percent in 2013.

This rise in use occurred just as the general populace began to view marijuana in a more favorable light, and as several states began to legalize possession of small amounts of the drug. Read more at The Washington Post.