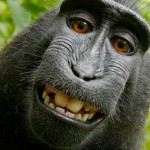 Let us begin with a story. Mr. Cohen is taking his family on a trip to the local safari park. He rides, uneventfully, with his family through the park. At one point Mr. Cohen gets out of his car to wash Netilas Yodaim so that he can eat his lunch. Mr. Cohen leaves the car door open and while he is out of the car a monkey enters, grabs Mr. Cohen’s lunch and eats it in the car. Discovering this, Mr. Cohen goes to the owner of the safari park and asks him to pay for the damage his monkey has caused. The question is whether the owner is obligated to pay?
At first glance, it would appear that the safari owner would have to pay. It would seem that this is a classic case of the damage of shein where the owner of an animal who ate another’s produce is liable to pay for his animal’s damages. This is learned from the posuk of U’bier b’sedei acheir. While we learn from the word achier that the owner is only obligated to pay if his animal ate in the reshush hanizak i.e. in the other person’s property and not for example in the public domain, it would appear that by eating Mr. Cohen’s lunch in his car that is exactly what the safari owner’s monkey did. The safari owner should therefore be obligated to pay Mr. Cohen for his monkey’s damages.

However, from the Gemora in Bava Kama Daf 23b: one might see that it is not so simple. The Gemora there relates that the goats of a certain family were causing damage to Reb Yosef’s property. Reb Yosef told Abaye to tell the family to guard their goats from doing more damage. Abaye responded that if he tells that to the family they will say to Abaye that Reb Yosef should build a fence around his property preventing the goats from causing damage. According to Abaye the responsibility is on the owner of the field to protect his field from outside damage. Asks the Gemora according to Abaye how is there ever an obligation to pay for shein? If there is no fence the owner of the animal is not obligated to pay and if there is a fence how did the animal get into the field to cause damage? The Gemora answers that either the owner had properly erected a fence but the animal knocked down the fence which is unusual or in the middle of the night the fence collapsed unknown to the owner of the field. The Chazon Ish Bava Kama 11:20 and the Teshuras Shai Simon 122 both say that the owner of the animal was aware that the fence was down and therefore he is obligated to pay for shein.

The Rosh, however, quotes the Rabbeinu Chananel that theHalacha is like Abaye. The owner of the animal is not responsible if the field owner did not build a fence. What does the Rabbeinu Chananel do with the proof of Tosfos from the case of the store owner? The Rabbeinu Chananel responds that in a city Abaye agrees that a store owner or a house owner in his house or courtyard are not obligated to have them closed on a 24 hour basis. In town it is certainly the obligation of the animal owner to guard his animal from causing damage. However, when we deal with a field out-of-town there the Halacha is like Abaye that the field owner must fence in his field. Reb Yosef did not respond to Abaye’s challenge to him. It would seem that he agrees with Abaye and so is the Halacha says the Rabbeinu Chananel. The Gemora’s question on Abaye concerned the posuk – U’bier b’sedei achair since we are dealing in the posuk with an out-of-town field how can the animal owner ever be responsible for shein since the field must always be enclosed as Abaye and the Halacha rules?

Although, as mentioned previously, the Shulchan Aruch rules like the Rif and the Rambam, the Shach quotes the Rosh in the name of Rabbeinu Chananel and rules like him. The Shach also quotes the Yam Shel Shlomo of the Maharshal in Bava Kama who brings a proof to the Rif. The proof is from the Gemora in Bava Metzia Daf 5. The Gemora there states that regular shepherds who graze their sheep out-of-town are posul l’eidus – they are not allowed to bear testimony because they are suspected of being stealers. Most shepherds would let their animals graze in other people’s fields and not pay for it. This constituted stealing. Since most had this custom, any regular shepherd is suspected of this and thus cannot be a witness for any judicial matter. Says the Maharshal if the Halacha is like Abaye, then field owners would fence in their properties knowing that failing to do so would allow strange animals to pasture in their fields scot-free. If this is so how can we come to the conclusion that most shepherds are stealers by letting their animals pasture in other people’s fields? When the Gemora speaks about the unusual cases of the animal breaking the fence or the fence falling down during the night, this is fine to explain when the Torah obligates payment for shein but these unusual cases cannot be the basis for establishing that most shepherds are stealers when fields are in fact enclosed? The Yam Shel Shlomo concludes from this like the Rif that the Halacha is not like Abaye. The responsibility thus is on the animal owner to guard his animal. That being the case most fields will not be protected and indeed we can establish that most shepherds allowed their flocks to pasture in the unprotected fields.

According to the above Maharshal although field owners would not enclose their fields knowing that the obligation to pay for shein falls on the animal owner in all cases, there would still be a small percentage of unscrupulous shepherds who would take advantage of the situation and stealthily allow their herds to graze in other people’s fields. The Shach disagrees. He maintains the Halacha is like Abaye as per the psak of Rabbeinu Chananel. Even so, in general field owners would not enclose their fields even with the knowledge that they would not receive shein payments from the animal’s owner. Why would they not protect themselves from such a loss? Explains the Shach because it is very uncommon for this to take place and they did not worry about this possible loss. As such, there was an opening for a few unscrupulous shepherds to take advantage of the situation. Indeed most shepherds are suspected of stealing. However, even taking into account these shepherds it was an uncommon loss not necessitating field enclosures.

The Teshuras Shai in Simon 122 answers the question of the Maharshal on the Shach In a different way. We have learned concerning shein in the reshus harabim, the public domain, that there is no obligation to pay for damages. However, this only holds true concerning the damages. On the other hand, concerning the pleasure the animal had from eating and what the owner of the animal saved by not having to buy food for the animal, this he is obligated to pay. For example, if the animal ate five pounds of strawberries, the owner would have to pay for five pounds of regular animal food such as straw and hay although he would not have to pay for damages of consuming the more expensive five pounds of strawberries. The same holds true according to Abaye regarding the animal eating in an unfenced neighbor’s field. The owner will not have to pay for the expensive damaged crops but will have to pay for what his animal enjoyed i.e. cheaper regular animal food. The Teshuras Shai makes the assumption, as well, that most out-of-town fields produce straw and grass. The reason the owners do not place a fence around their property even according to Abeye is because the damages more or less will equal mah shenehenis, what the animal enjoyed i.e. the cost of plain animal food. We are still able to conclude, even according to Abaye that most shepherds will let their herds graze in the open, unfenced fields.

We can also add an answer on the Shach without accepting the assumption of the Teshuras Shai namely that most out-of-town fields produce grass or straw. Even if they produce other crops we can say that even according to Abaye fences are not built because the difference between the actual damage and the obligation of the animal owner to pay mah shenehenis is not so great to justify the building of a fence. Even according to Abeye where the animal owner is patur from damages this is only when the animal wanders into the field. The animal owner can say to the field owner “Why did you not build a fence”. This will of course not excuse the shepherd who intentionally leads his sheep on another’s property to graze. This is outright stealing for which the shepherd is responsible.

Returning to our original question concerning the monkey eating Mr. Cohen’s food inside his car we can say that this would depend on the machlokes between the Rif and the Rabbeinu Chananel. According to the Rif, to which the Shulchan Aruch and the Rambam agree, the safari owner must pay for shein damages even though the door to the car was left ajar. Even according to the Shach who paskens like the Rabbinu Chananel that there is no shein damages when the reshus of the nizak is left unprotected there is still an obligation for the safari owner to pay the cost of mah shenehenis i.e. the cost of cheaper monkey food as the Chazon Ish and the Teshuras Shai point out.