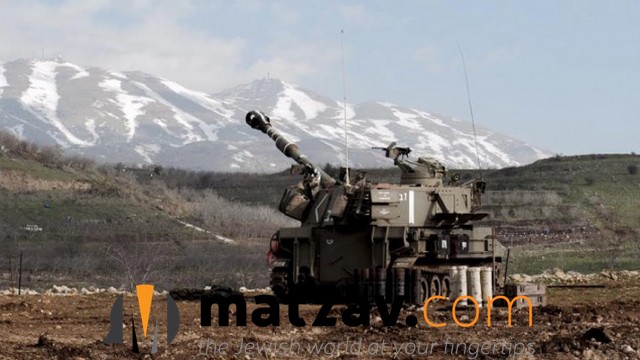 An improvised explosive device detonated near an Israeli army bulldozer and another vehicle near the border with Lebanon Monday afternoon, the military said.

No soldiers were hurt in the attack, according to initial reports, which came amid sky-high tensions with Lebanese terror group Hezbollah over the alleged Israeli assassination of a top operative, a known terrorist, last month.

Hezbollah took responsibility for the Monday attack, which it said was carried out by a cell named for Samir Kuntar, killed in an airstrike in Damascus on December 20.

The group claimed it destroyed an IDF Hummer and injured those inside.

However, the army said no one was injured and the vehicles targeted heavy machinery.

The heavy engineering vehicles, including at least one D9 bulldozer, were in the area of the northern border in order to create clear a pathway of obstructions and just such explosive devices, the army said.

Israel fired “targeted” artillery shells into Lebanon in response to the attack, the IDF said in a statement. Some 20 shells were reportedly fired from Shebaa Farms, known in Israel as Har Dov. Nine of them landed near the Lebanese village of al-Wazzani, located just north of the Israel-Lebanon border, the Lebanese news site Naharnet reported.

The United Nations Interim Force in Lebanon received reports of the bombing against Israeli vehicles and the IDF’s return fire, but was still investigating the claims independently with its forces on the ground, UNIFIL’s spokesperson Anrea Tenenti said.

The IDF has been reportedly firing on positions in southern Lebanon for a number of days, in an attempt to keep terrorists away from the border fence.

The army has instructed residents of Israel’s north to stay in their homes, a spokesperson said.

The IDF has also closed some roads in the area surrounding the border with Lebanon, Hebrew media reported.

Israel has anticipated some form of response by Hezbollah or another terrorist group for the death of Kuntar, who led a raid into northern Israel in 1979 in which four Israelis were killed. He served 29 years in an Israeli prison, before being released as part of an exchange in 2008.

Over the past few days officials said the military wants to prevent Hezbollah operatives from laying roadside bombs in the area, where Israeli army jeeps perform patrols.