In the wake of the tragic event that unfolded in Pittsburgh this past Shabbos, there was an outburst of thoughts, prayers and condolences offered by people all over the world. Social media was flooded with messages of consolation and world leaders issued statements condemning the antisemitism that led to 11 people being murdered in cold blood at the Tree of Life synagogue.

Perhaps the most touching gestures, however, were those offered by strangers who wished to show solidarity with the Jewish People in a more personal way.

One such story took place outside of Khal Tiferes Tefilah in Monsey, New York, last night, where one of the mispallelim was approached by a non Jewish man who asked him if he was “part of the group?”

Though he was hesitant at first, the man answered affirmatively. The stranger then pulled out an envelope and handed it to the surprised Jew and began to walk away. Just before he disappeared into the night, the man turned back to the Jew and told him “there are more good people than bad people out there” before walking away.

The man opened the card, which is pictured on top of the page, and read the touching words of non Jewish man who felt the pain of the Jewish People:

Wishing you comfort for all you are feeling now,

Strength for the days ahead,

In a handwritten addition, the man also penned a blessing. “May G-D continue to bless and keep each and every one of you.”

In a time when the Jewish People are again afflicted by the rearing head of antisemitism, it is uplifting to see people of different religions reaching out to show their sympathies.

In a similar vein, the Gerrer Shteibel in Amherst Park received a bouquet of flowers with the a note that read:

I’m sorry about the loss of your people in America. Flowers given with love as the Bible says.

A picture of the flowers, along with the note can be seen below. 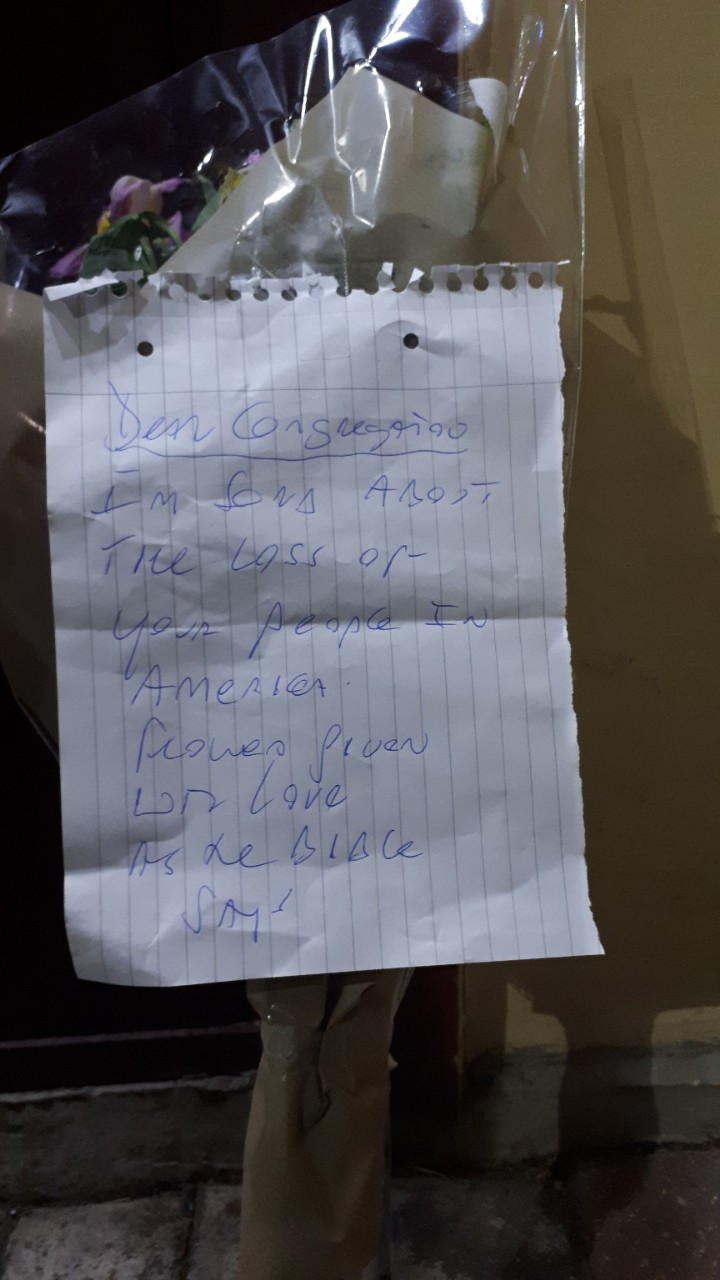