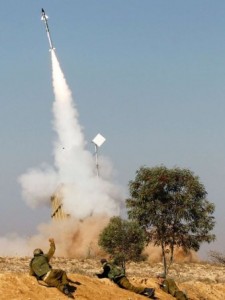 Israel’s missile defense director Yair Ramati has been dismissed for a “grave breach of information security”, his ministry says, though it has not elaborated on the offense.

In a statement, the defense ministry said the recently-discovered security breach meant Ramati could not continue in the role.

It said “relevant authorities” would be handling the case.

Three people familiar with Ramati said, on condition of anonymity, that he had improperly handled classified documents but was not accused of criminal misconduct like espionage.

The defense ministry statement praised Mr Ramati for his achievements during four years in office, crowned this month by a successful trial shoot-down in space by the Arrow 3 ballistic missile shield and final field test of David’s Sling, a rocket interceptor slated for deployment in Israel next year. Read more here.