The following inspiring story was related in an editorial by Rabbi Pinchos Lipschutz in his newspaper, Yated Ne’eman, earlier this year. It is shared here today, the yahrtzeit of Rav Eliezer Geldzahler zt”l:

Rav Eliezer Geldzahler, rosh yeshiva of Yeshiva Ohr Yisroel, was tragically killed at a young age as the bus he was riding in crashed near Meron in Eretz Yisroel. A few years later, his daughter was driving on the Garden State Parkway. She stopped for gas and noticed that the attendant was a midget. As he began to wash her windows, he caught sight of a large picture on the passenger seat. He became visibly excited as he pointed to it. 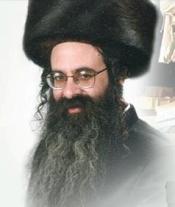 “How do you know that man?” he asked in a state of agitation. “I’ve been looking for him for more than two years. Where is he?”

The girl gently informed him that the man in the portrait was her father and that he had passed away from injuries sustained during a bus accident. The fellow stared at her, disbelieving, and then began to cry silently.

“You know,” he said, “I do this job day after day, morning after freezing morning. There aren’t many jobs available to someone like me. Cars pull in here every few moments, but everyone averts their eyes, feeling uncomfortable by my strange appearance.

“Then, one day, your father pulled in. He looked me straight in the eye, like no one else had ever done. ‘My friend,’ he said to me, ‘you are an inspiration. You were born with what might appear to be a great handicap, but you refuse to play the role of the victim. You get up in the morning, go to work, and earn an honest living. You are a role model. You teach that circumstances should not dictate the terms of a person’s existence.

“‘I am on my way to New York, where I have a large school. Today, I am going to tell my students all about you, so that they might learn from your example.'”

With his eyes glistening, the gas station attendant completed his tale. “Of course I so looked forward to seeing your father. He made me feel tall.”

When we choose to look at people and perceive them as great, each in their own area, they respond accordingly.