A huge riot has broken out today at Har Habayis after Palestinian worshippers, who abstained all week from entering the compounds on the Mufti’s orders, swarmed the area to  celebrate the removal of Israeli security.

During the hullabaloo, a few Arabs took the opportunity to fling some rocks at the Jews praying at the Kosel below. Three worshippers were injured from the projectiles.

Clashes began soon after, with Israeli riot police on scene to deescalate the situation. At least 56 Arab rioters were injured in the pandemonium.

Meanwhile, the al-Aqsa mosque is still closed today as Waqf officials ensure that all Israeli security paraphernalia has been removed. 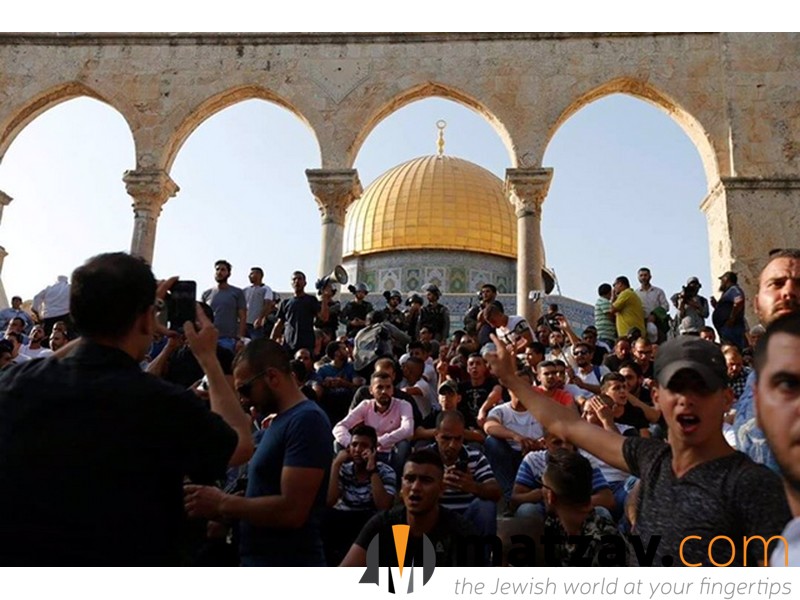 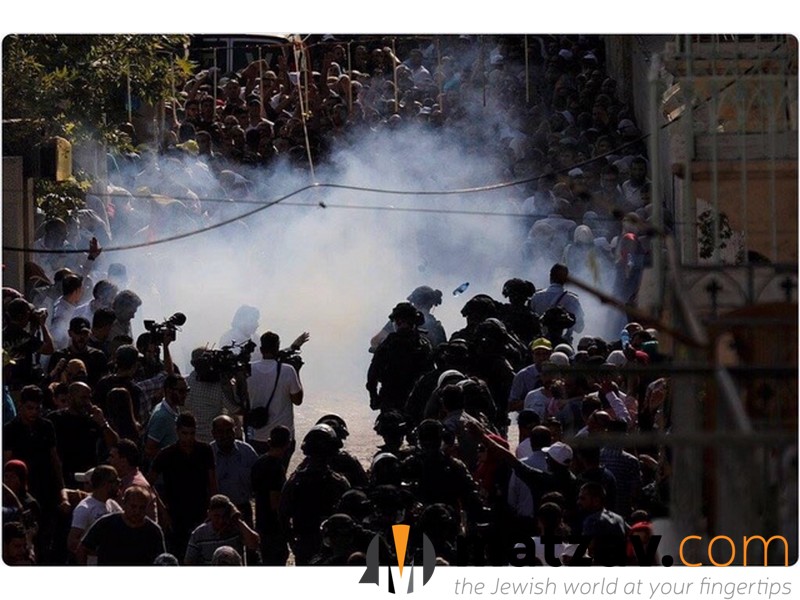 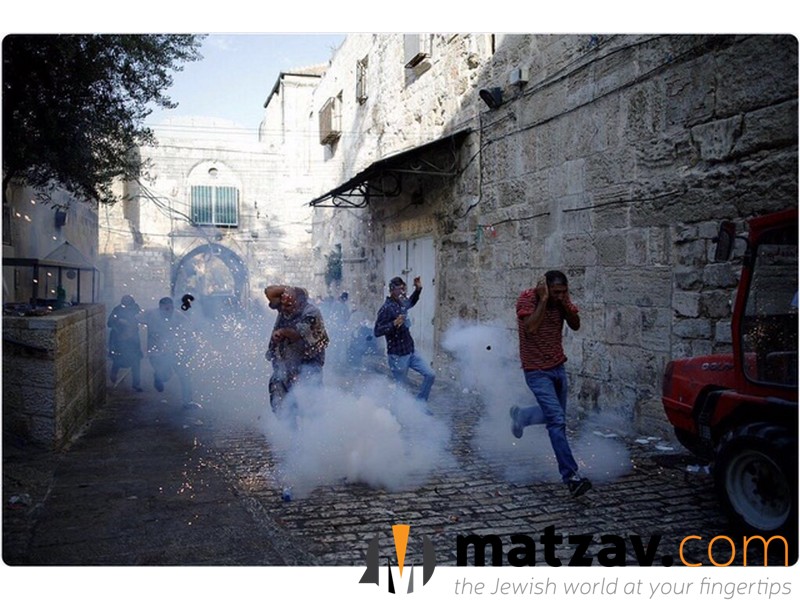