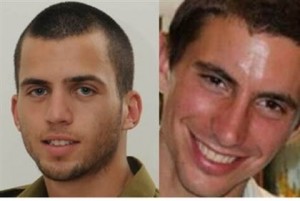 Hamas and Israel may be on the verge of signing a deal that would involve the release of top Hamas officials and operatives in exchange for the remains of fallen Israeli soldiers.

According to a post on Hamas official Mushir al-Masri’s Facebook page, the terrorist organization “has bargaining chips that forced Israel to succumb to Palestinian demands.” Masri was presumably referring to the remains of Israel Defense Forces Sgt. Oron Shaul and Lt. Hadar Goldin, who were killed in Gaza this summer.

“The indirect [Israeli-Palestinian] negotiations mediated by the Egyptians may in the future lead to a new prisoner swap deal in which many Palestinian prisoners are freed,” said Masri.

A senior Hamas official told Israel Hayom, “Even though talks in Cairo won’t take place until next month, work is being done on the ground, messages are constantly being sent between the sides by Egyptian negotiators, and gaps are closing. Still, it’s early to say we are on the brink of signing a prisoner release deal.”