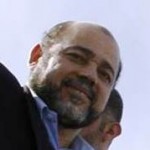 Israel has offered to extend a three-day ceasefire in Gaza which began on Tuesday after nearly a month of conflict, Israeli officials say. However, reports suggest the terrorist Hamas movement, which controls Gaza, has not agreed to the extension.

Egypt has been mediating in indirect Israeli-Palestinian talks.

A senior Israeli official told the BBC Israel had expressed its readiness to extend the truce under its current terms beyond its expiry on Friday. However, a member of the Palestinian delegation at the Cairo talks, Moussa Abu Marzouk, wrote on Twitter: “There is no agreement to extend the ceasefire.”

President Barack Obama has said there are formulas available for achieving a more durable truce, but they required risks being taken by political leaders on both sides.

In his first comments since the 72-hour truce began, Israeli Prime Minister Bibi Netanyahu blamed Hamas for all of the civilian casualties, saying it had used civilians as human shields.