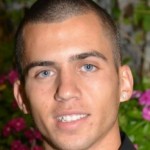 Hamas political leader Khaled Mashaal is demanding the release of high-profile Palestinian terrorists Marwan Barghouti and Ahmed Saadat in exchange for the bodies of two IDF soldiers, Oron Shaul and Hadar Goldin, who were killed in last year’s Operation Protective Edge. Their bodies are purportedly still being held in Hamas-ruled Gaza.

Shaul’s father is demanding that the Israeli government hand over Hamas terrorists’ bodies in return for the bodies of their son and other soldiers.

“Barghouti will be released in the future and the day which Mashaal has promised is coming, but I do not know when. It might come after a [prisoner] swap or after a war….All I know is that the one who sent our sons to war has to return them dead or alive,” added Shaul.

Israel recently decided to return some bodies of dead terrorists to the Palestinian Authority with the hope that large-scale funerals, which may incite more terror attacks, would not be held. The Israeli cabinet’s decisions on the issue are made “on a case-by-case basis, where the main consideration is if there’ll be a massive funeral, which is why the decision was made to return bodies on the condition funerals are quiet and modest,” Defense Minister Moshe Ya’alon said.