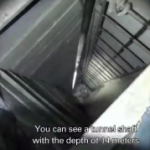 A Hamas official on Thursday bragged that the terrorist group has more, hidden, tunnels dug from Gaza beneath Israel, beyond the 32 the IDF destroyed during Operation Protective Edge.

“Israelis must feel the pain of the Palestinians,” said Abu Laith, a nom de guerre for a Hamas Izzadin al-Qassam commander, who spoke with the London Times.
“They must understand that, if there is no security in Gaza, they will not have any security, either,” he said and noted that the Islamist group has more tunnel ready to use for infiltrations.

“We have more tunnels, and will be able to get back into Israel again,” he threatened, although he admitted that “some of the tunnels were partially collapsed,” according to Israel’s NRG news.

Army officials said in recent days, that they had destroyed as many tunnels as they could find, as the IDF redeployed outside the coastal enclave as part of a 72-hour Egyptian-brokered cease-fire.

Abu Laith said that the last segments of the hidden tunnels, that actually are within Israeli territory, are dug out just prior to use, making them harder to detect.

“Only a select few engineers holding the secret maps know where they are to dig,” he said, and also told the newspaper that the group’s rocket arsenal was not depleted.

“We have enough rockets, more than the enemy can imagine. We only fought with 10 per cent of our forces, the rest are on standby,” Abu Laith claimed.

Hamas has warned that it will resume hostilities as of Friday, when the cease-fire period ends, if its demands are not met, including opening the border with Egypt and allowing aircraft to land in Gaza’s southern Yasser Arafat airstrip, closed since 2001.