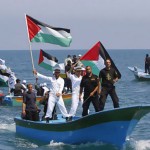 Sources within the Palestinian terror group Hamas have publicly admitted to plans of re-launching suicide bombing attacks against Israeli political and military officials, according to the Lebanese daily newspaper Al-Akhbar, which was cited by the Jerusalem Post.

Targets will include “Israeli political and security figures,” not only in Judea, Samaria, and eastern Jerusalem, where sleeper terror cells exist, but in Israeli territory that is not situated beyond the 1967 lines, according to a Hamas leader.

Israel’s Shin Bet security agency and IDF already discovered and arrested one of these sleeper terror cells earlier this month in Abu Dis, near Jerusalem. The Shin Bet said the group’s plans included bombings, including suicide bombings, in Israel.

Officials told Al-Akhbar that the sleeper cell was caught only because one of its members asked the Palestinian Authority security services to provide the terrorists with forged documents.