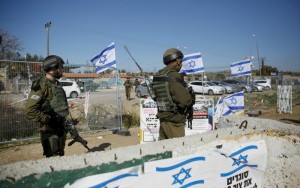 According to a Haaretz investigation, private U.S. donors poured more than $220 million into Israeli settlements in the West Bank between 2009 and 2013.

Despite President Obama’s suggestion that the settlements pose a threat to peace in the region, Haaretz found that U.S. tax policy actually incentivizes such donations by making them tax deductible for nonprofit organizations.

The private donations reportedly fund anything from air-conditioner purchases to legal assistance for Jewish terrorists. Read more at Haaretz.