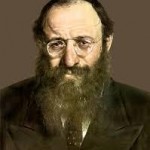 Brooklyn, NY – This Sunday, Councilman David G. Greenfield will be unveiling the street co-naming of 50th Street between 10th Avenue and 20th Avenue to Rabbi Weissmandl Way. The street renaming ceremony will take place this Sunday, December 13th at 11am. The event is open to the public and will be held at the southwest corner of 50th Street and 16th Avenue.

Rav Michoel Ber Weissmandl zt”l was a heroic resistance fighter whose efforts saved thousands of Jews during World War II. Thanks to the creation of his “Europa Plan,” he convinced German and Slovakian authorities to delay the mass deportation of Jews for two years. Rabbi Weissmandl was one of the leaders of the underground Working Group who helped thousands of Polish refugees and Slovakian Jews. He dedicated himself to saving Jews and raising awareness of the mass extermination camps including Auschwitz.

“Rabbi Weissmandl was a genuine hero, a great Talmid Chochom and leader for countless Jews throughout the world. Renaming a stretch of 50th Street between 10th and 20th Avenue, the location of the Nitra shuls, is the least we can do in tribute to this great Rabbi to ensure his legacy and heroism lives on in our community for generations to come,” said Councilman Greenfield.

“The time has come to recognize and remember Rabbi Weissmandl,zt”l, who was a real hero of our generation, whose only goal during the Holocaust was to save as many Jewish lives as possible,” said Ruth Lichtenstein, Director of Project Witness.

“It is our collective responsibility to recognize and honor more Holocaust rescue activists. The renaming of the corner of 16th Avenue and 50th Street to Weissmandl Way is an honorable and appropriate way to do this. The renaming also enables us to gain inspiration and insight from Rabbi Weissmandl’s tremendous sacrifices and empowers us and future generations to learn from him. Rabbi Weissmandl was a trailblazer in Hatzoloh efforts and Councilman Greenfield and the City Council should be commended for this renaming,” said Elly Kleinman, Founder and President of the Kleinman Holocaust Education Center.

“Rabbi Weissmandl’s vast scope of rescue activities is quite remarkable. After succeeding in Slovakia with delaying a mass transport through high-level negotiations he immediately began to concern himself with the rest of Europe. Among many things, his early interpretations of the Auschwitz Protocols reached other rescuers and had a profound influence. Its truly inspiring to how an individual like himself without any diplomatic security was able to operate, push  and impact rescue activities all over Europe,” said Ari Fixler of the Weissmandl Committee.

The New York City Council has exclusive authority to rename street blocks in commemoration of New Yorkers who have made an enduring and lasting impact on large segments of the City’s population and whose importance to the City is a result of exemplary acts. “No person is more befitting of this honor than Rabbi Weissmandl,” concluded Councilman Greenfield.