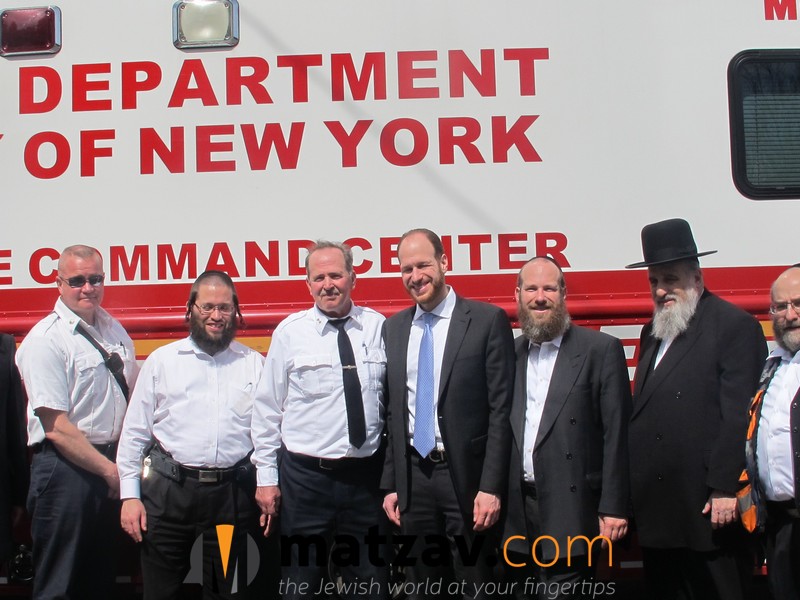 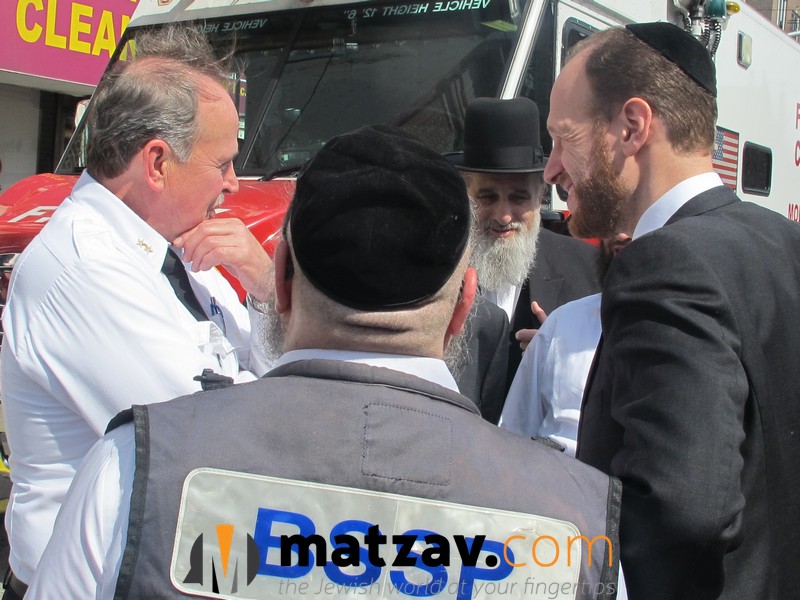 Councilman Greenfield stopped by the firehouse on 12th Avenue, which is home to Engine 282 and Ladder 148, where he thanked FDNY officials including FDNY Chief Wayne Cartwright and firefighters for their hard work throughout the day to make sure the bread burning ran smoothly and safely this year.

Greenfield also checked in with Boro Park Shomrim volunteer members in their mobile command center and praised them for their help overseeing the 27 burning sites throughout Boro Park and Midwood that were established in coordination with the FDNY and Community Board 12. Finally. Greenfield visited the sanitation garage with District Manager Beri Spitzer, Community Board Chair Yidel Perlstein and CAU’s Pinny Ringel to thank all the hard-working Sanitation employees for going above and beyond in their work today. They group of officials personally thanked DSNY Deputy Chief Richard Ferraro and Super Joseph Cicero and Super Joseph Loughran and several members of the BK12 team.

“The preparation for Pesach is a tremendous example of our communities and New York City agencies working smoothly to ensure that everyone is able to celebrate Pesach safely and enjoyably,” Greenfield said. “We are fortunate to have such an outstanding Fire Department and Sanitation Department, and I thank them for all that they do in collaborating with my office and Community Board 12.”

Councilman Greenfield, Community Boards 12 and 14, as well as Shomrim, Hatzolah, Chaveirim, FDNY, NYPD, the Sanitation Department, and other City agencies spent months planning for extra garbage pick-up to accommodate all the additional trash from the traditional Pesach cleaning.