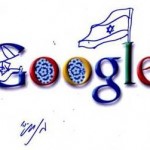 Google shares soared to all-time highs Friday – breaking past the $1,000 mark to close at $1,011.41 per share, up 13.8% for the day – after the Internet giant posted strong third-quarter financial results.

The company has a market cap of $336.8 billion, based on the closing price Friday. That makes it the third-biggest U.S. company in terms of valuation, behind Exxon and Apple.

Investors pushed Google shares up past $1,000 in morning trading, and the stock peaked at $1,015.46 per share in the early afternoon.

Google reported a 36% increase in net income for the third quarter of 2013, to $2.97 billion – its best bottom-line growth in more than a year. In addition, the company offset lower ad rates for mobile devices by selling a higher volume of ads. Google posted $14.89 billion in consolidated revenue for the quarter ended September 30, up 12% year over year.

Google operates the web’s biggest search engine and the Internet’s largest video site, YouTube, which has more than 1 billion monthly users. According to Google execs, nearly 40% of YouTube’s traffic now comes from mobile devices, up from 6% in 2011.