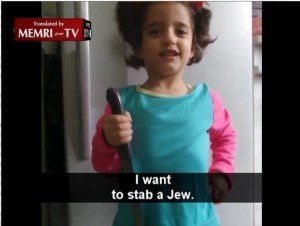 Online giant Google on Monday rejected an Israeli report that it had agreed to monitor YouTube videos inciting to violence against Israelis, French-Israeli i24 News reported.

Google’s comments came in response to an Israeli Foreign Ministry statement released last week informing that Deputy Foreign Minister Tzipi Hotovely had met with Google executives and reached a joint agreement to monitor incendiary online material, including videos posted on YouTube, which is owned by the Internet giant. However, according to Google, no such agreement was made.

A Google spokesperson said the meeting — held between Hotovely, Google senior public policy counselor Juniper Downs and YouTube chief executive Susan Wojcicki — was just “one of many that we have with policymakers from different countries to explain our policies on controversial content, flagging and removals.”

“The Israeli ministry for foreign affairs has corrected its original announcement which, in error, suggested there had been an agreement with Google to establish a mechanism to monitor online materials,” the spokesperson added.

Foreign Ministry spokesperson Emmanuel Nahshon confirmed that the statement on the ministry’s website had been changed, and assured that Israel is still “extremely grateful for the good relations with Google.”

“Our common objective is to remove dangerous incitement to violence on social media,” he said. “We have full confidence in the Google teams dealing with this removal.”