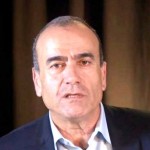 Israel should have acted sooner to target cross-border tunnels from Gaza, said a retired IDF major general who has been serving, in an emergency capacity, as the deputy commander of the southern region during Operation Protective Edge, Times of Israel reports.

Yom-Tov Samia, who during his active duty served as commander of the southern region, told Channel 2′s Meet the Press yesterday that “The tunnels should have been taken care of before the operation.

“The political echelon should have enabled the IDF to take care of the tunnels on a regular basis, on the other side of the border as well, and initiate a preventative operation against the tunnels, regardless of rocket fire and the kidnapping and killing of the three youths.”

Despite his criticism regarding the timing, Samia, who has written about Hamas’s use of tunnels to smuggle weapons into the Gaza Strip, had warm words about the performance of the military and the government during Operation Protective Edge.

“The Israeli public isn’t entirely aware of the hit that Hamas took during this operation,” he said. “Hamas will agree to arrangements it hasn’t agreed to in the past, and it’s no coincidence: the damage to the tunnels is a mortal blow.”

Samia congratulated Prime Minister Bibi Netanyahu, who has been attacked by hawkish members of his coalition during the operation as to an ostensible haziness regarding the goals of the invasion.

“The prime minister’s instructions to the IDF regarding the tunnels were clearer then ever,” he said. “It’s the first time the IDF has been given measurable definitions.

“All of the tunnels that we knew about were taken care of, but it’s not my place to say that there are none left.”

Samia cautioned against any deal with Hamas that would enable the organization to dig new tunnels into Israel. “And if any such tunnels are found,” he added, “the political echelon must allow the IDF to take care of them.”