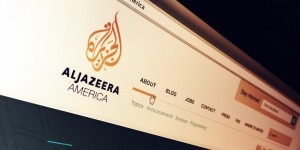 Executives of Al Jazeera America (AJAM) held a meeting at 2 p.m. Eastern Time to tell their employees that the company is terminating all news and digital operations in the U.S. as of April 2016, resulting in the loss of hundreds of jobs. The announcement marks a stunning and rapid collapse of what, from the start, has been a towering failure.

AJAM began when Al Jazeera purchased Current TV in late 2012 from founder Al Gore for $500 million, and the channel launched six months later. From the start, the project was beset with massive failures, from bitter internal strife and employee discrimination lawsuits to minuscule ratings and distribution failures. AJAM and Gore ended up in a protracted, embittered lawsuit with one another. Ratings were so low as to be almost unquantifiable; even by 2015, the network was averaging a tiny 30,000 viewers in prime-time and at some points had literally a zero rating in the key 25-54 demographic.

From the start, employees complained vociferously that network executives were paralyzed by fear, believing they had to avoid all hints of bias and opinion in order to steer clear of what these executives regarded as the lethal stench of the Al Jazeera brand for American audiences. This turned much of the network into a diluted, extra-fearful version of CNN, which itself has suffered from remarkably low ratings for years. AJAM journalists typically blame one AJAM executive in particular, Ehab Al Shihabi, its executive director of international operations. Al Shihabi, whose background is in business and not journalism, was widely regarded as the prime author of the network’s identity problems and obsession with voiceless content.

A 2013 column in the Toronto Star by former Al Jazeera English chief Tony Burman warned that “the Al Jazeera America project has the odor of potential disaster.” Burman cited a New York Times article that began: “While it has a foreign name, the forthcoming Al Jazeera cable channel in the United States wants to be American through and through.” A NYT article from May on the “turmoil” plaguing the network pronounced that “the station has been a nonfactor in news.” Rather than fill a market gap for strong-voiced journalism with a focus on domestic counter-terrorism policy and the Middle East, AJAM opted for the much safer – and ultimately futile – strategy of trying to be an inoffensive, generic cable news network.

AJAM has been losing staggering sums of money from the start. That has become increasingly untenable as the network’s owner and funder, the government of Qatar, is now economically struggling due to low oil prices. The decision was made recently to terminate AJAM, which allows the network to terminate all of its cumbersome distribution contracts with cable companies, and re-launch its successful Al Jazeera English inside the U.S.

While AJAM has struggled with its television programming, its online reporting and digital opinion sites have been successful, finding relatively large audiences among American news consumers. Nonetheless, all of AJAM is terminating, and both the TV and digital employees are expected to lose their jobs.