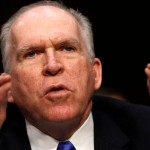 Brennan said while the methods were legal then and subsequently banned, he would “defer to policymakers” if the CIA is asked to torture again. Not once did Brennan say “torture” and he refused to answer whether EITs were torture. Brennan said some interrogations went out of bounds and they were abhorrent.  Read it at New York Times