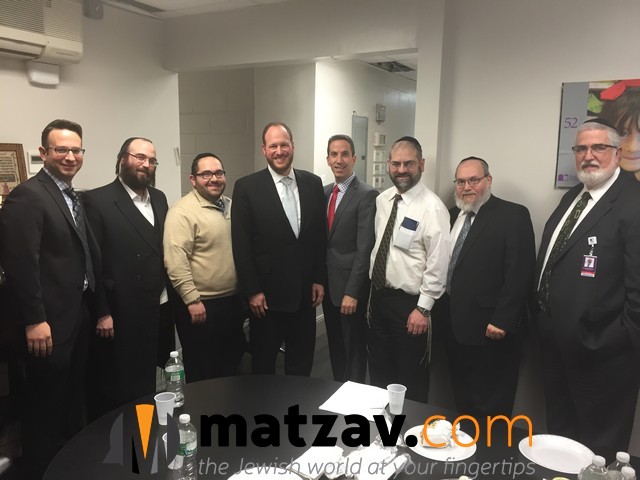 “Every child deserves a safe, secure classroom where they can learn and reach their fullest potential,” said Assemblyman Phil Goldfeder. “This historic program puts our city at the forefront of ensuring a safe learning environment regardless of the school they attend. I was honored to have Council Member Greenfield in Far Rockaway to thank him and inform our schools how the program will be implemented in yeshivos throughout the community.”

On January 5th, Assemblyman Goldfeder and Council Member Greenfield met at Torah Academy for Girls with local school leaders and askonim from the Far Rockaway Frum community to discuss Greenfield’s successful push to fund security guards at yeshivos and other non-public schools. Goldfeder extended the invite to Greenfield in order to show Hakaros Hatov and update the yeshivos on the program and to explain how it would be implemented.

Council Member Greenfield began the meeting by stressing the historic nature of the legislation. According to the Council Member, the bill, first introduced in 2013, garnered the support of historic coalition of Jewish, Catholic, Muslim and labor groups. The bill also received broad support in the City Council, with 45 members signing on as sponsors. The Council approved the bill last month by a vote of 43-4 and it was signed into law by Mayor de Blasio at an event in the Council chambers, just hours before the TAG meeting.

The $19.8 million program will reimburse the costs of providing new state-licensed, unarmed security guards at yeshivos and non-public schools in the five boroughs. As part of the program, guards will be trained to protect school children and watch for potential hate and bias crimes. In order to qualify, schools must have its own Basic Educational Data System (BEDS) number, a state education ID unique to each school; and also have at least 300 students. Larger schools can be reimbursed for one additional guards per 500 students above the 300 minimum, meaning that a school with 2,000 students can receive up to 5 new guards. In all, the program is anticipated to cover a majority of non-public schools and 70% of non-public school students. The program is expected to begin April 1st of this year.

The landmark program comes amid heightened security concerns both in the U.S. and overseas. On New Year’s Day, a terrorist gunned down two Israelis outside a bar in Tel Aviv. And, just last week, memorial services were held in Paris, France to commemorate the one-year anniversary of the coordinated attack by Islamic extremists on a kosher supermarket and the offices of satirical magazine Charlie Hebdo. In December, Goldfeder traveled to the European capital to honor victims at a solidarity concert organized by radio host Nachum Segal at the Grand Synagogue of Paris.

For his part, Goldfeder reiterated his commitment to fight for education improvements at the state level during the 2016 legislative session. The Assemblyman told the group that he planned to continue fighting for proposed Education Investment Tax Credit, as well as to secure additional state reimbursement to non-public schools for Comprehensive Attendance Policy (CAP) and Mandated Services Reimbursement (MSR) programs. Additionally, as part of the SAFE Act passed in 2013, Goldfeder secured $5 million dollars for non-public school security which has been maintained each year.

“Our community is only as strong as the institutions we have in place to educate our children and ensure they can continue to grow and thrive. We will continue our efforts both here at home and up in Albany to expand on these programs so that every child has the resources they need to succeed,” concluded Goldfeder. 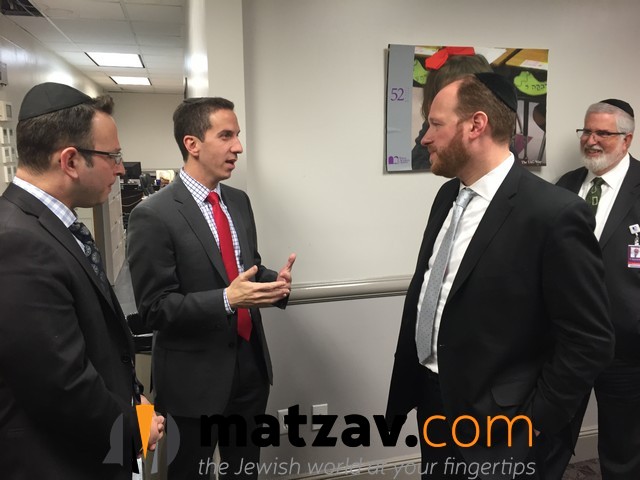