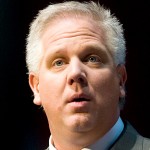 In a panel discussion on “The Glenn Beck Program,” for which Beck provided a commentary and transcript, the outspoken host condemned Trump for ignoring the context of Cruz’s remark – and the mainstream media’s praise of Trump’s emotional recounting of how New Yorkers bravely endured the Sept. 11, 2001, strike and its recovery.

“Sensible people know the tragedy of 9/11 has absolutely nothing to do with New York values,” Beck writes.

“However, the mainstream media—who jumped on [former New York Mayor] Rudy Giuliani during the 2008 campaign for using 9/11—have rallied around Trump, crucifying Ted Cruz in the process.”

Special: Blake Shelton Finally Confesses How He Dropped All of the Weight
In the panel debate on the bitter exchange between Trump and Cruz at the Tuesday night debate in South Carolina, Beck accused the current liberal New York Mayor Bill de Blasio of being so left-wing, he’s “a communist.”

“The guy they elected as mayor of New York is a communist, and everybody knows it,” Beck railed. “And for Donald Trump to play that card was a despicable slap in the face to 9/11.”

Yet, Beck charged, “the media is coming out and saying, ‘Donald Trump is exactly right on it.’ They’re all praising him. It’s because they’re all liberal.”

“They all think like that in New York,” Beck said.

“To me, I thought it was shameful,” he said, adding: “I don’t think there’s a conservative out there that was on the fence that thought Donald Trump won that.”

Asked why the media would look harshly at Giuliani’s invocation of 9/11 during his presidential bid, but allow Trump to do the same thing, Beck bluntly replied: “They hate Ted Cruz.”