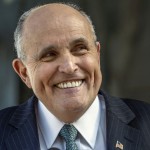 “This kind of military assault has nothing to do with gun control,” Giuliani said Sunday on “The Cats Roundtable” on AM 970 in New York. “It has to do with jihad. They want to impose their religion on us.”

Giuliani, who worked as a federal prosecutor before his time as mayor, told host John Catsimatidis, “If I ever relied on gun control to get rid of the Mafia, the Mafia would still be as powerful as it was 30 years ago.”