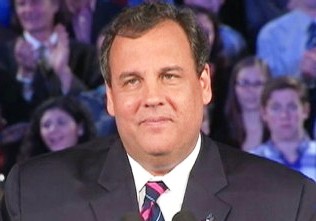 Conservatives widely commended New Jersey Gov. Chris Christie’s actions on Thursday in the spiraling bridge-gate scandal, but told Newsmax that any “smoking gun” specifically tying the Republican to the controversial closures last September on the world’s busiest bridge could sink his chances for a White House run in 2016.

“The governor handled it about the best way he could possibly handle it,” former New York City Mayor Rudolph Giuliani said. “Holding a press conference – not running away from it – apologizing profusely for the mistakes, taking responsibility as the chief executive for what his people did wrong, but making it clear that he had no advance knowledge that they did anything like this or that he would have wanted them to do this.

“As long as there is no smoking gun, then this becomes just another situation where a chief executive has people working for him that do things that are foolish,” Giuliani said.

Matt Towery, a debate expert and pollster, said the governor’s news conference and dismissal of a top aide linked to the scandal were “very consistent with Chris Christie – his standard operating procedure both as a governor and as a politician.

“Certainly, someone’s head had to roll over that, and he’s had those heads roll.”

However, “it has to be pretty clear that Christie had no knowledge of this,” Towery added. “If he did, and he takes these sort of actions, then that is perceived by the public as just compounding the situation.

“Then, you get into that big word called ‘hypocrisy’ – the one that I’ve found that takes most politicians down.”

The governor put on “an impressive performance,” political analyst and pollster Doug Schoen told Newsmax. “Christie did what he had to do, but there is a big ‘but.’

“This is a guy who’s had a reputation for being arguably above politics, trying to be nonpartisan, calling it as he saw it – and this involves a petty political scandal that goes right to the heart of his credibility as a manager.

“This does not speak well to his ability to lead the government and to inspire confidence in his staff,” Schoen said.

“Christie is handling the scandal in the right way by firing his staff people,” political consultant Dick Morris said. “The country will accept that he had nothing to do with it, as long as there is no trail that leads to Christie knowing about or ordering the lane closures.