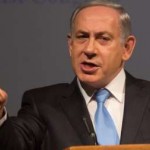 Germany on Wednesday said that responsibility for the Holocaust lay with the Germans, after Israeli Prime Minister Bibi Netanyahu sparked controversy before a visit to Berlin by saying a Muslim elder had convinced Adolf Hitler to exterminate Jews.

“All Germans know the history of the murderous race mania of the Nazis that led to the break with civilization that was the Holocaust,” Chancellor Angela Merkel’s spokesman Steffen Seibert said when asked about Netanyahu’s remarks.

“This is taught in German schools for good reason, it must never be forgotten. And I see no reason to change our view of history in any way. We know that responsibility for this crime against humanity is German and very much our own.”

Hours before heading to Berlin, Netanyahu said on Wednesday that Adolf Hitler had no intention of killing the Jews, but only wished to expel them. According to Netanyahu, the idea for mass extermination came from the then-Mufti of Jerusalem, Haj Amin al-Husseini.

In a speech at the World Zionist Congress in Yerushalayim, Netanyahu described a meeting between Husseini and Hitler in November, 1941:

“Hitler didn’t want to exterminate the Jews at the time, he wanted to expel the Jews. And Haj Amin al-Husseini went to Hitler and said, ‘If you expel them, they’ll all come here.’ ‘So what should I do with them?’ he asked. He said, ‘Burn them.'”

Netanyahu earlier responded to harsh criticism launched at him from all sides of the political spectrum.

In a statement made before the Israeli leader left for Germany on Wednesday, he said “It’s absurd. I had no intention of absolving Hitler of responsibility for his diabolical destruction of European Jewry. Hitler was responsible for the Final Solution’s extermination of six million Jews, he made the decision.

“It is equally absurd to ignore the role played by the Mufti, a war criminal….the Mufti was instrumental in the decision to exterminate the Jews of Europe.”

He said that “the Mufti was one of the initiators of the systematic extermination of European Jewry and was a partner and adviser to Eichmann and Hitler for the execution of this plan.”

He explained that his speech was to show that the Palestinians revere a man who incited violence against the Jews, and that his legacy continues to this day.

Palestinian Authority Chairman Mahmoud Abbas responded to Netanyahu’s claims, saying that the Israeli leader had exonerated Hitler and was implicating Haj Amin al-Husseini for the “heinous crime that was committed against the Jews.”

He concluded, “In this vicious and despicable manner, Netanyahu wishes to fabricate history.”

In response, opposition leader Isaac Herzog said that Netanyahu was playing into the hands of Holocaust deniers. Herzog demanded that Netanyahu backtrack on his statement, calling it a “dangerous distortion of history.”

The umbrella organization of Israel’s Holocaust survivors’ groups reacted with outrage. “Netanyahu hurts the feelings of the survivors who experienced first hands Hitler’s edicts, humiliation and torture. He hurts them by minimizing the role of that vile man and incites by diverting hatred toward the Arab public in Israel and its leaders, by implying that they always wanted to exterminate the Jewish people, and do to this day.”