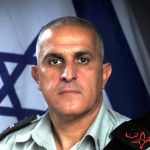 “The current period is relatively quiet, the quietest in the past 15 years, because Hamas understands that if it goes on or takes part in the recent terrorist activity in Judea and Samaria, it will pay a heavy price,” former Israel Defense Forces GOC Southern Command Maj. Gen. Sami Turgeman said Tuesday at a panel titled “A Year Since Operation Protective Edge.”

The panel was held as part of the annual Sderot Conference, a forum devoted to social issues hosted by Sapir College.

“We in the defense establishment are committed to providing the best possible solution between one operation and another, between rounds [of fighting],” Turgeman said. “The IDF recognizes the threats and is preparing for many different scenarios. Hamas invested a lot of time and effort into building the [terror] tunnels, but the blow it sustained was immense, because we have created deterrence.”