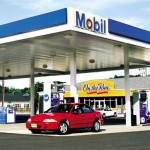 In some gas stations around the country, the price of a gallon of regular has dropped below $1.42. AAA and GasBuddy, two organizations that follow gasoline prices, say that gasoline prices below $2 will not be unusual in most of the United States. As oil prices fall, and refinery capacity stays strong, the price of gas could reach $1 a gallon in some areas, a level last reached in 1999. As a matter of fact, the entire states of Alabama, Arkansas, Missouri, Oklahoma and South Caroline have gas prices that average at or below $1.75.

Gasoline prices are driven mostly by four factors: oil prices, proximity to refineries, refinery capacity and state taxes and levies. Oil prices have dropped below $33 a barrel and continue to collapse. The recent decision by Saudi Arabia to continue to keep its oil exports high essentially has dissolved the OPEC cartel. The decision also has forced the kingdom to chop its 2016 budget. This ongoing supply glut guarantees oversupply of crude. At the same time, slowing national economies in the largest countries, including China, will lower demand. China now tops the list of oil importers, according to the Financial Times, having moved ahead of the United States.

The cost of producing oil from shale deposits, particularly in the United States, is greater in some cases than what it can be sold for. Nonetheless, parts of this industry continue pumping, increasing supply, while others go bankrupt because they cannot survive with crude prices so low.

Several states house large refineries or are close to those that do. This is particularly the case near the Gulf of Mexico, including the massive refinery operations south of Houston. Some owned by Exxon Mobil Corp. process several hundreds of thousands of barrels per day. Proximity to refineries is a factor in gasoline prices, if the refineries are running at or near capacity and produce gasoline instead of other petroleum products.

Finally, gas taxes in several states are well below the national average of $0.4869 a gallon, according to the American Petroleum Institute. In some low gas price states, these taxes are below $0.40. This includes South Carolina at $0.3515, Missouri at $0.3570 and Oklahoma at $0.3540. Low gas taxes in these states compound the effect of falling oil prices.

The odds grow each day that gas prices will be $1 a gallon in some areas in the United States, particularly those where prices are already close to hitting $1.40 — and falling.