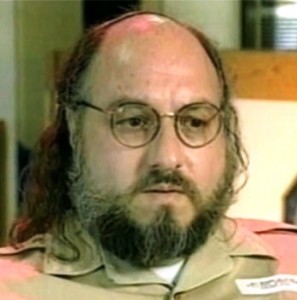 The U.S. Parole Commission has issued a Notice of Action granting parole to our pro bono client Jonathan J. Pollard.

The decision to grant parole was made unanimously by the three members of the Parole Commission, who make their decisions independently of any other U.S. government agency.

The decision is not connected to recent developments in the Middle East. Had parole been denied, Mr. Pollard would have been required to serve an additional fifteen years in prison.

The Notice of Action follows a parole hearing that took place July 7, 2015 at the Federal Correctional Center in Butner, North Carolina, where Mr. Pollard has been incarcerated. He has been serving a sentence of life in prison for conspiracy to deliver classified information to the State of Israel.

This was Mr. Pollard’s second parole hearing. At his first hearing, in July 2014, parole was denied. At that time, the Parole Commission informed us that nine months before the two-thirds mark of Mr. Pollard’s life sentence (deemed for this purpose to be 45 years), the Parole Commission would perform a “record review” and assess whether, in its discretion, Mr. Pollard should be released on parole at the two-thirds mark of the 45-year term, i.e., on November 21, 2015.

The Parole Commission performed a “record review” but, to our great disappointment at the time, declined to consider granting parole without first conducting an adversarial hearing, at which representatives of the U.S. Department of Justice (DOJ) would be present. The issues for the hearing, as set forth in the federal parole statute, were (a) Mr. Pollard’s record in prison, and (b) whether there was a “reasonable probability” that Mr. Pollard would commit any further crimes if released.

Over the next several months, in advance of the hearing, we engaged in dialogue with the DOJ, and submitted extensive written materials to the Parole Commission and the DOJ in support of parole, demonstrating that Mr. Pollard had an exemplary prison record, and that there was no possibility that he would commit any further crimes if released. We also secured employment and housing for Mr. Pollard in the New York area, and made that information available to the Parole Commission as well as the DOJ.

On July 1, 2015 the DOJ finally informed us that it agreed not to urge denial of parole at the hearing scheduled for July 7, 2015.

Mr. Pollard has asked us to communicate the following on his behalf:

• Mr. Pollard is looking forward to being reunited with his beloved wife Esther.

• Mr. Pollard is deeply grateful to his longstanding pro bono lawyers Eliot Lauer and Jacques Semmelman, and their law firm Curtis, Mallet-Prevost, Colt & Mosle LLP, who stood by him for so many years, and whose perseverance, creativity, and forceful advocacy were instrumental in securing his release on parole.

• Finally, Mr. Pollard would like to thank the many thousands of well-wishers in the United States, in Israel, and throughout the world, who provided grass roots support by attending rallies, sending letters, making phone calls to elected officials, and saying prayers for his welfare. He is deeply appreciative of every gesture, large or small.

We look forward to seeing our client on the outside in less than four months.