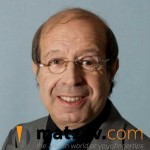 Alain Ghozland, a French politician and city councilor in the heavily Jewish Parisian suburb of Créteil, was found dead in his home Tuesday morning, the French daily Metro News reported.

Ghozland, 73, originally from Algeria, was found by his brother, who came looking for him after he didn’t show up to shul a day earlier.

The cause of death was not immediately clear. Reports said his apartment appeared to have been rummaged through, and that his car was missing. Nevertheless, French Radio Station Europe 1 reported that the front door of his house did not show signs of having been broken into.

A relative of Ghozland told Metro News that the victim showed signs of bruising as well as stabbing, but these claims were not immediately confirmed by police or officials.

Ghozland’s family also raised the possibility of the death being of a potentially anti-Semitic nature. Early reports said police were checking all possibilities. Source: Times of Israel