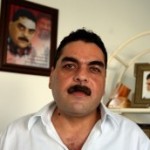 The Free Syrian Army claimed on Monday it had killed Hezbollah terrorist Samir Kuntar, a day after Hezbollah announced he was killed in an Israeli strike on a building in southern Damascus.

Israel has refused to acknowledge responsibility for the strike, though the attack has been widely attributed to Israel.

The FSA, a moderate secular rebel group that has lost ground to both Syrian regular forces and Islamist groups over the course of the nearly-five year civil war, said the Hezbollah allegations that Israel was behind the assassination “made light of the FSA’s achievements.”

The killing of Kuntar, a Hezbollah leader let out of Israeli jail in 2008 and widely considered to be one of the group’s top operatives, drew condemnation from Iran, Syria and Hezbollah, which vowed to retaliate against the Jewish state.

The FSA said in a video that Hezbollah’s assignation of blame to Israel, which masked the true perpetrators of the hit on Kuntar, was aimed at done for the sake of “the morale of its mercenaries,” according to Lebanese website Naharnet, who would not have liked to learn they were vulnerable to the FSA.

Hezbollah has been active in Syria in backing up embattled President Bashar Assad, whom the FSA seeks to unseat.

The assault on the Damascus building that killed Kuntar and nine others reportedly came from an airstrike.

There was no way to verify the claims of the FSA, which does not have air power of its own. Rebel groups often take responsibility for actions of others to score public relations victories. Read more at Times of Israel.