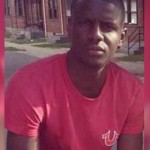 The trials for police officers accused of killing Freddie Gray have been delayed yet again, an appeals court ruled Tuesday.

The court set a March hearing date for police officer William Porter who wants to avoid being called to testify against his fellow officer who is charged with murder.

The appellate judges have three months to make a final determination, meaning that the trial itself may only begin in the summer. Porter’s charges in the killing of Gray are still pending after a mistrial in December. Read more at The Baltimore Sun.