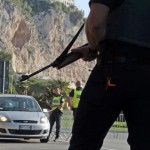 According to L’Observateur le Sambre, 20 police vehicles were seen in raids in Jeumont while homes were also searched in the Parisian suburb of Bobigny overnight.

The forces conducting the raids are RAID (Recherche Assistance Intervention Dissuasion) and GIPN (Groupes d’Intervention de la Police Nationale), both of which are tactical units of the French national police force, the Guardian reports. Read more at the Guardian.